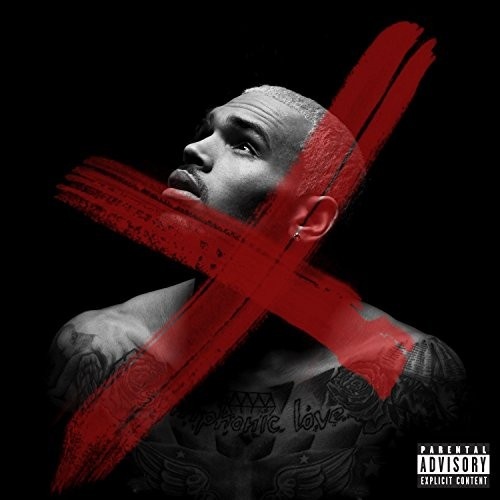 Over two years in the making, a period that involved a multitude of revisions and delays, anger management therapy, drug rehabilitation, and a jail stay for parole violation, X surfaced as Chris Brown's sixth full-length studio release in September 2014. In a way, the album is a corrective. The influence of European dance-pop, which resulted in some of Brown's most forgettable material on Fortune, is all but eliminated in favor of contemporary R&B and pop productions that tend to suit the singer better. Brown does maintain his bad boy image. It's on typically full display in the chintzy "Loyal" -- its hook a misogynist pleonasm -- and the part-clever/part-nonsensical string of R. Kelly quotes that is the Trey Songz duet "Songs on 12 Play" ("And I'm feelin' on yo booty, drivin' me crazy, half on a baby"). On "Drown on It," the pied piper of R&B himself joins in, and he and Brown dole out an unsurprisingly cartoonish variety of metaphorical and/or explicit come-ons that include "Just like a male mermaid, baby." Brown combines memorable hooks with some stellar production work on the rubbery disco-funk of "Add Me In" (courtesy of Danja) and the blithe, swaying "Time for Love" (a collaboration with Jean Baptiste and Free School). In these and a few other songs, romantic affection, expressed with seemingly genuine sweetness, takes precedence over sexual aggression and petulance. More importantly, Brown's voice, still boyish, sounds most natural and full of life in these settings. Additional guest appearances come from Lil Wayne, Rick Ross, Usher, Tyga, Akon, and Kendrick Lamar, but Brown's lone spot reserved for a woman is his best collaboration here. On the darker but no less striking "Do Better," he and Brandy continue a fruitful association that previously resulted in the Top Five R&B hit "Put It Down" and the phenomenal Two Eleven album cut "Slower." It's one of the more compelling R&B duets of its time, with their vulnerable confessions as sharp as their aspersions.