At the height of his popularity, after establishing a fan base for himself across much of Western Europe as well as parts of the Spanish-language world, Italian singer/songwriter Eros Ramazzotti took some time off during the late '90s and released Eros, a greatest-hits compilation comprised primarily of newly recorded material. The 16-track compilation is comprised of five songs that appear in their original versions, nine that have been newly recorded specifically for this compilation, and two new ones. While the decision to re-record the majority of the inclusions is unusual for a greatest-hits album, Eros ends up being a much more interesting album than it would have been otherwise. The nine songs that are re-recorded are the early hits of Ramazzotti, namely "Terra Promesa" (originally released in 1984), "Una Storia Importante" (1985), "Adesso Tu" (1986), "Ma Che Bello Questo Amore" (1987), "Musica È" (1988), "Se Bastasse una Canzone" (1990), "Cose Della Vita" (1993), and a couple others. The five songs that appear in their original versions are more recent hits such as "Un'Altra Te" (1993) and "Più Bella Cosa" (1996). In fact, none of the songs on Eros predates 1993, and only two predate 1996. As a result, Eros sounds as if it were a totally new album -- a brilliantly written one, at that -- rather than a compilation of greatest hits. For instance, there's no trace whatsoever of the sometimes-bombastic synth pop style that characterized Ramazzotti's mid- to late-'80s output. In its place is a more subtle, relatively cutting-edge style of sleek adult contemporary pop/rock that embraces modern-day production technology (note the drum programming in particular), sophisticated string arrangements, and sharper guitar leads. This brings new life to the old material; for instance, the drum programming of "Ma Che Bello Questo Amore" is remarkably contemporary in style, seemingly taking its cues from drum'n'bass. Moreover, there are a couple of guest features worthy of note: classical crossover superstar Andrea Bocelli is featured on a ten-minute version of "Musica È," while American R&B legend Tina Turner duets with Ramazzotti on a dynamite version of "Cose Della Vita" that might be the highlight of the entire album. As for the couple new songs ("Ancora un Minuto di Sole," "Quanto Amore Sei"), neither is especially notable, though neither is particularly bad either and thankfully, they're sequenced late. 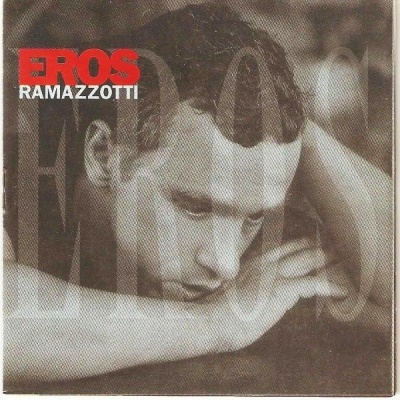