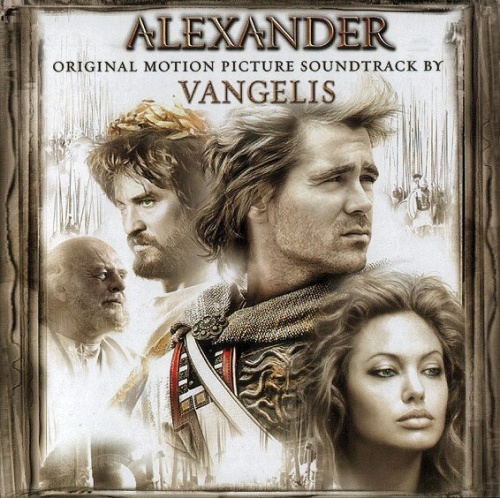 Academy Award-winning composer Vangelis fills Oliver Stone's epic rendering of the story of Alexander with such victorious bombast, that it may as well be a Jerry Bruckheimer production. What begins as a Blade Runner-esque wash of atmospheric, keyboard-driven subtlety quickly deteriorates into a thick wall of stock heroic motifs, swelling brass, and thunderous percussion. Alexander's main theme is like a testosterone-charged update of Chariots of Fire; it's stirring in an over-the-top, destined-to-achieve-cult-status kind of way, but leaves the listener far too exhausted to warrant repeated listens. Vangelis goes the Hans Zimmer Gladiator route on the soundtrack's quieter moments, occasionally showing hints of the quiet grandeur he achieved on 1992's 1492: Conquest of Paradise, but Alexander is buried beneath far too many musical bodies to be heard as anything but future background music for Michael Bay trailers.