As far as Vangelis' early work is concerned (pertaining to the five years of his solo career), Spiral stands up quite well, although it's almost always regarded as an inessential effort. Although the structures and the overall dynamics of the pieces are less complicated and less sophisticated, Spiral's keyboard utilization is still extremely effectual, even if it does take awhile to get off the ground. The five tracks that make up the album aren't as atmospheric or as elaborately shifting as 1975's Heaven and Hell or 1976's Albedo 0.39, but his musical movement does seem to transgress toward full, complete soundscapes, especially in "To the Unknown Man," the album's best example of Vangelis' artistry. The album is based on a dancer's appreciation of the universe and how it spirals into infinity, a concept which came to him through his own pirouettes. Both "Spiral" and "Ballad" touch ever so lightly on melody, appropriately relating to the album's theme, while the lengthy "3+3" begins to unveil Vangelis' creativity and sense of electronic exploration. After Spiral, Vangelis' style changed somewhat, with more of a smoother, more melodic approach to the synthesizer, implemented to create a closer relationship between classical and electronic music. Albums such as Beauborg and China lay claim to this, also employing stronger ties between the theme and the music, while 1981's Chariots of Fire has him merging the two styles completely. 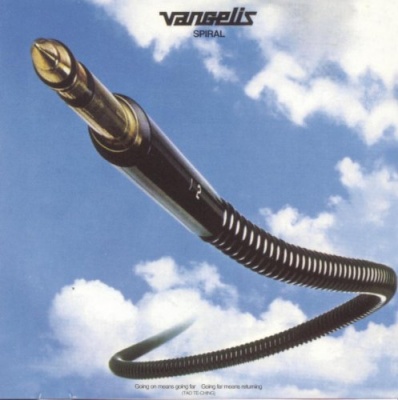