One of a few different Ricardo Arjona stopgap albums released during the period separating Santo Pecado (2002) from Adentro (2005), 12 Grandes Exitos isn't all that it might seem. Released around the same time as Lados B (2003), a compilation of obscure album tracks, 12 Grandes Exitos is indeed a 12-song collection of Arjona's greatest hits to date. Unfortunately for those fans who might desire such an album, this one includes a half-dozen songs in Portuguese: "Jesus É Verba, Não Substanvito (Jesús, Verbo No Sustantivo)," "Quando (Cuando)," "Te Conheço (Te Conozco)," "Realmente Não Estou Tão Só (Realmente No Estoy Tan Solo)," "Senhora de Quatro Décadas (Señora de las Cuatro Décadas)," and "Mulheres (Mujeres)." The other half-dozen songs are in Spanish as they were originally sung. Spanish-language fans who might have desired a greatest-hits album along these lines were out of luck. They were stuck instead with Lados B, a maddening collection of non-hits in the place of what should have been a much-needed greatest-hits album. Another five years would pass before Arjona's Spanish-language fans finally got a proper greatest-hits album with Simplemente lo Mejor (2008). As for Portuguese-language fans, 12 Grandes Exitos is something of a mixed blessing. Sure, it's nice to have six of the songs adapted to Portuguese, but it would have been nicer if all 12 had been adapted rather than just half of them. As it stands, 12 Grandes Exitos is an album that serves no one particularly well, and you can bet there are a bunch of fans who were furious to discover upon buying this album unknowingly that half of it is sung in Portuguese. 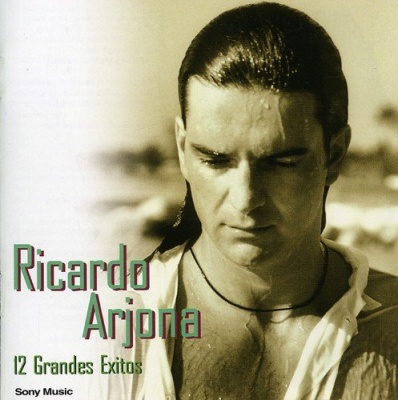