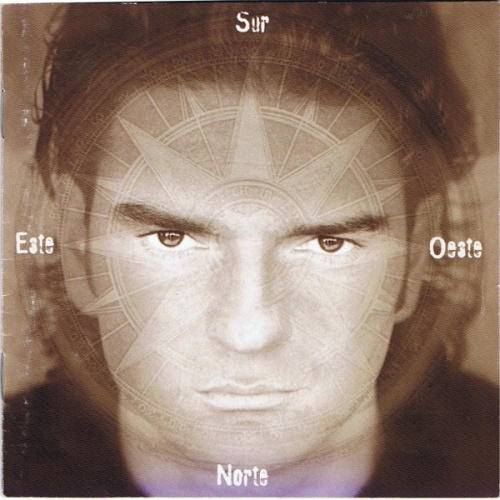 Riding high on the success of his last two albums, which spun off numerous hit singles and garnered critical acclaim from all corners, Ricardo Arjona changed direction on his third album, Si el Norte Fuera el Sur, crafting a relatively low-key effort characterized by intimate songs about matters of life, in particular love, culture, and politics. Most of the songs were written over the course of 1995 while Arjona was touring Latin America in support of his second album, Historias (1994). On the back cover of the album, there are notes telling where and when each song was written. With the exception of a couple songs that date back to the late '80s and a few that date back to the early '90s, all were written in 1995, and the first of these to be written was the title track, which was penned in San Juan, Puerto Rico, in April. One of the few rock songs on the album, "Si el Norte Fuera el Sur" takes five minutes to consider the differences between the United States and Latin America and imagines what were to happen if the north were the south. It's a fantastic song -- one of Arjona's career highlights, for sure -- and it sets the tone for the rest of the album lyrically, if not musically. Though Si el Norte Fuera el Sur doesn't boast as many hits as Historias, it's a more cohesive album overall. Most of the songs are performed acoustically with Caribbean touches, and besides a couple rockers (the title track and "Cita en el Bar"), the songs are all fairly even in tone and tempo. The highlights are front loaded, beginning with "Noticiero," a stripped-down song that was written at four in the morning in Los Angeles a couple days before the end of the album's production; the lyrics are evocative, presenting a snapshot of current events in the world at the time. Then comes "Tu Reputación," "Ella y Él," "Se Nos Muere el Amor," and the title track, all of which were released as singles. The latter half of Si el Norte Fuera el Sur is less outstanding but impressive all the same. All in all, it's Arjona's third classic album in a row, each distinct from its predecessor.