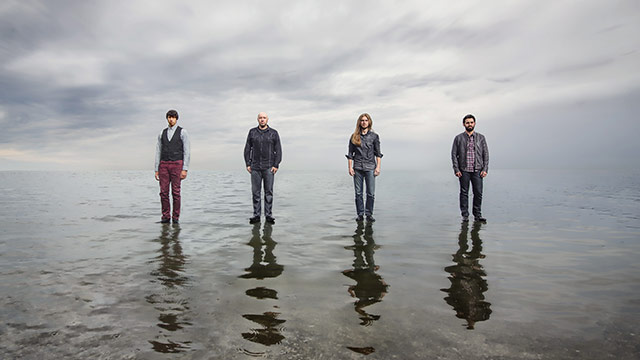 Earthside is a four-piece progressive band from Connecticut that specializes in big sounds and big spectacle, which come together in their video for "Mob Mentality." The track features vocals from Sevendust frontman Lajon Witherspoon and grand instrumentation composed by Earthside guitarist Jamie van Dyck and performed by The Moscow Studio Symphony Orchestra, and comes from the band's upcoming album, A Dream in Static. The video for the ten-minute track also features ballet and feats of aerialism intertwined with the performances of the band, Witherspoon and the orchestra.

For more on Earthside, visit their site.