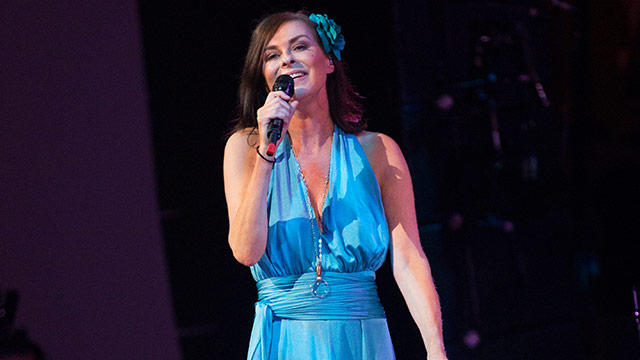 ​English singer Lisa Stansfield digs into her back catalog for a hit from 1991 in this clip from her upcoming live album and concert DVD, Live in Manchester. Originally from her 1991 album Real Love, "Change" had success around the world, including reaching Number One on the dance singles charts. Stansfield's new live special was filmed last year in her hometown, following a nearly decade-long hiatus from recording and performing while she focused on her acting career. Check out this live rendition of "Change" and be sure to stick around for the exhilarating saxophone and trumpet outro.

The live set will be released in the USA on Friday, September 4.

Live in Manchester can be ordered in various visual and audio formats on Amazon, as well as iTunes.

Video Premiere: John Nolan (of Taking Back Sunday), "Drinking Your Way to Co ...

Video Premiere: John Nolan (of Taking Back Sunday), "Drinking Your Way to Co ...