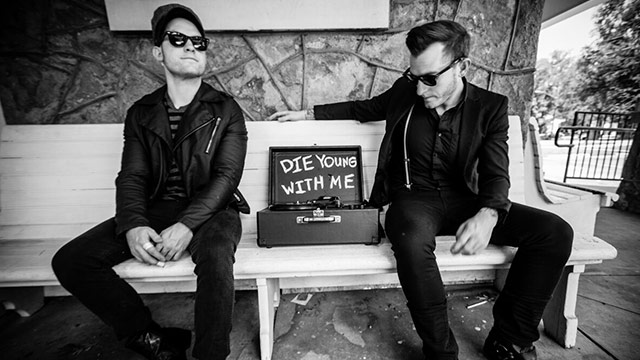 ​Nashville duo Blacklist Royals puts their own spin on "Plainsong," the opening track from the Cure's 1989 masterpiece, Disintegration. The band lops off the song's somber intro and adds some jangle and momentum to the original track's gloomy overtones. Band member Nat Rufus wrote in to explain how they selected the track:

"When we had the idea to do an ongoing cover series, the Cure seemed like the perfect band to start with. Their songs are all so atmospheric, but at their core are these simple, beautiful pop songs, which meant we could basically do whatever we wanted with them. 'Plainsong' is a tune that a lot of people who only know the Cure by their greatest hits may not have heard, so it was not only a blast to arrange as a Blacklist Royals song but also a cool way to introduce our fans to an album cut—from The Cure's best album, in my opinion—from such an iconic band."

For more on Blacklist Royals, visit their site.

Video Premiere: Printz Board Gets Enthusiastic About "Rock N Roll"

Video Premiere: Printz Board Gets Enthusiastic About "Rock N Roll"