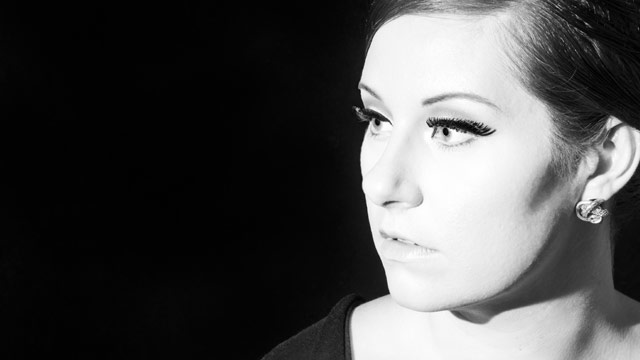 "Blood" comes from Texas-based singer-songwriter Ashleigh Stone's debut album, Elements. The video's aquatic theme came partly from the flooding that devastated Texas in June, with underwater shots adding a haunting, otherworldly atmosphere to the stark track. Fans of Blue October may know Stone from her contributions to the band's 2013 album, Sway. Stone and "Blood" director Anlo Sepulveda wrote in with some of their thoughts about the video.

"I sent [Sepulveda] over the tracks and the lyrics, and what he responded with was in complete alignment with the intentions of the song. " Stone said. "‘Blood' is a song of desperation, and visually, the search becomes more important than the actual destination. The ‘what' of the search remains intentionally vague, but suggests, like the lyrics, that there is just as much meaning in the actual quest itself.”

"While I was editing the video (especially the underwater scenes) and reading about what happened with the floods, I could not help but to think of those that were swept away," Sepulveda said. "The same questions about divine intervention—or lack thereof—in our lives asked in the song and expressed in the video were eerily playing out in real life while we were filming.”

Elements can be ordered via iTunes.