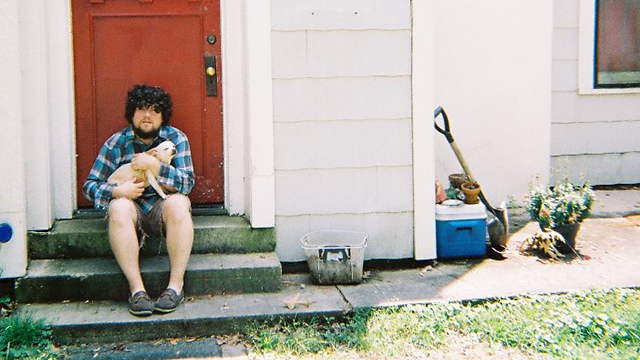 R. Cole Furlow has been recording very tuneful, very scuzzy lo-fi pop rock at his Mississippi home for a few years now under the name Dead Gaze. Last week the Fat Cat-affiliated label Palmist released a self-titled, kind of best of culled from various singles and other releases and it's really, really good. Furlow buries his melodies under hiss and robotic vocals, but they are always super hooky and the album is a lot of fun to listen to. Good for early summer picnics, especially if you want to piss off the guy at the grill next to you who's jamming REO Speedwagon at top volume. Mr. Furlow sent us a list of the stuff he's been digging lately.


Steve Reich - "Violin Phase"
I've been way into Steve Reich for a minute now but this jam never leaves me alone. Something about the intensity of the violin and how full everything sounds should make me startled, yet when I hear this piece my mind is somewhat at ease, almost as if the music is numbing me in a positive way. Plus, it's always hilarious to throw this YouTube clip on at a party and see who sticks around. Truly weeds out the population.


Sirius XM: Spa
Lately my girl and I have been traveling a lot. When we are on the road we listen to the Sirius XM Spa station. It's super rad for many reasons. For starters, they rock all the Windham Hill artists like Alex De Grassi, George Winston, Tuck Andress, and one of my true musical heroes, Michael Hedges. Also, they play some amazing German early Kraut-ish new age that gets me every time. Get some palo santo wood to burn during the listen and you've achieved maximum new age tranquility.

Johan Cruyff
I really love soccer, or football as everyone else calls it. I think it's the most beautiful sport to watch and no one played the game better than Johan Cruyff. I'm really obsessed with watching his old clips. He plays soccer kinda the way I like to think about writing songs. He was such a classicist with a bleeding "tell all" heart. I watched his interviews and old highlights when he was playing in between takes of recording or anything to get my mind off of everyday stuff. I respect his style and demeanor on the pitch, and that goes a long distance. He's pretty inspiring to me in an unusual way.


Berlin
Recently I've been super into Berlin, Germany. I spent some time there last year and all I can think about is getting back. I loved the atmosphere and how much emphasis was put on public art for everyone. Every corner you turn, there's some public installation or beautiful sculpture art. It makes sense to me in a slam-dunking-my-brain kind of way. The bigness of the city makes me feel excited and comfortable. And I think curry wurst is great.

Harry Nilsson on Playboy After Dark
This is probably my favorite thing right now, and always, really. Harry Nilsson is one of my favorite musicians, and here he's spot on. Apparently he had a bit of the stage fright - which I don't blame him for having - but the TV setup was an easier, more comfortable way for him to feel natural when he performed. His voice is perfect, but his style and charisma truly shines on this clip. It's super inspiring to me in many ways. Really, I just wish I could be as cool as that guy.

The Poplist with Beat Mark

The Poplist with Beat Mark