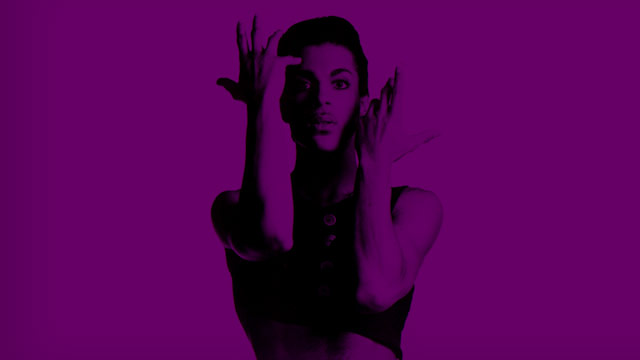 Prince played with identity but never suggested he was not of this earth. Surely, he was a proud freak, brazenly flaunting conventions and embracing every color and creed, but he wasn't flown in from another planet. Underneath the bikini briefs, fur boas and Sgt. Pepper coats, he was a shy African-American kid from Minneapolis, an introvert who found salvation in music. This Prince, the Midwestern outsider, hid in plain sight, overshadowed by a dazzling '80s where he wasn't simply a star, he was a messiah for all the weirdos who felt like they were the only one of their kind in their hometown. It wasn't simply that Prince himself was a misfit but that he surrounded himself with a bunch of outsiders, too: the Revolution had black, white and Puerto Rican musicians, every one of them wearing personalized uniforms they seemed to cobble together at the local Salvation Army.

Prince was the ringleader, standing somewhat apart smirking at the circus he orchestrated. Somehow, each member of the Revolution reflected a part of him: funk doctors, new wave rockers and, crucially, Wendy & Lisa, lesbian partners who provided Prince with his greatest creative sparring partners. Prince loved women in every imaginable way, so much that he could write about and write for them with exquisite sensitivity. Plus, he could sing like a girl, playing with gender with the same ease he played with genre: he was everything at once.

At least he was for a moment—a moment that lasted the entirety of the '80s. His run from 1980's Dirty Mind to 1990's Graffiti Bridge—or perhaps Diamonds & Pearls, the 1991 album where he debuted the New Power Generation, a combo he first started to murmur about on 1988's Lovesexy—is breathtaking in its restless vigor, a period where even the flawed albums teem with brilliance. Even Batman—a song cycle he knocked out for Tim Burton in 1989 when he was only asked to do one tune for the soundtrack—operates on its own warped intuition as it alternates between apocalyptic funk and candied pop, culminating in the freakout of "Batdance," a single that stitches together motifs from what came before. No major moments—there's not even an "Alphabet St."—but it's a nimble, clever record when it isn't stuck in sap and it signals his prodigious productivity: he even tossed out out an accompanying B-side to boot (that'd be "200 Balloons," a song that actually could fit within the film's story, something Prince never bothered to do for the rest of the Batman album).

That's the thing about Prince at his prime: the music simply never stopped. An album came every year—two of them, 1999 and Sign O The Times, doubles, both among the greatest albums ever recorded—and he'd throw out some of his best songs as B-sides: "Erotic City," "17 Days," "Another Lonely Christmas." Additionally, he doled out songs to protegees and crushes, amassing hits that sometimes accrued under a pen name (a "Christopher" was responsible for the Bangles' "Manic Monday"). Then, there was all the music that he didn't release: a triple album called the Dream Factory, a record as his alter-ego Camille ("Housequake"), jam sessions with Miles Davis, demos and other things that sounded like the stuff of dreams. That such theoretical gems were squirreled away in the recesses of Paisley Park was part of the myth: Prince's genius was blindingly evident but its depth seems fathomless, a suspicion reinforced by all those hours of tapes we never heard, all possibly containing something transcendent.

Prince delivered transcendence until the very end, playing surprise concerts just days before his sudden death on April 21, 2016. Just this past January, he launched his first-ever tour of solo piano performances and these concerts underscored how, some 35 years after he crashed into national consciousness, he still possessed the ability to cast spells. His last decade was dotted with public displays of virtuosity—his halftime show at the 2007 Super Bowl, his scene-stealing "While My Guitar Gently Weeps" solo at the Rock & Roll Hall Of Fame in 2004—and anybody who attended one of his shows inevitably came back enraptured. The same thing can't be said about his recordings. Once he won his freedom from Warner Bros in 1996, Prince was free to release whatever he wanted and it could be said he abused his privilege. Curiosity sent the triple-disc Emancipation to 11 upon its November 1996 release but the quadruple-disc Crystal Ball—its title coming from the original name for the triple-LP incarnation of Sign O the Times—flamed out, leaving Prince to align with Clive Davis for 1999's Rave Un2 The Joy Fantastic, the first of several conscious attempts to reconnect with the wide commercial audience he left behind once he began battling his record company in 1992.

Some of these deliberately nostalgic records are quite good: conventional wisdom favors 2004's Musicology but 2006's 3121 is lithe and clever, and it also contains the electro blast of "Black Sweat," perhaps the last evidence that Prince paid attention to modern music. In the past decade, his albums were increasingly conservative—it's hard not to notice the heavy hand of Larry Graham, the visionary bassist who became a fixture in Prince's universe in the late '90s and eventually converted the singer to be a Jehovah's Witness—sometimes sliding into psychedelic guitar freakouts but usually grounded in the kind of smooth soul he consciously abandoned on 1980's Dirty Mind. As Michaelangelo Matos chronicled in Pitchfork last year, if Prince was going to leave the Twin Cities, he'd have to accentuate all of his alien elements: his androgyny, his love of Joni Mitchell, his six string theatrics, his canny pop skills. Everything that turned him into a star, in other words.

Prince locked upon this aesthetic on Dirty Mind and over the next decade, he devoured everything he heard. He slathered on synthesizers, swiped from the Paisley Underground, took rock into the arenas, he pioneered drum loops that would anchor the hip-hop he never quite fully embraced. He was a pop supernova, expanding at an uncharted pace and then collapsing, receding back to the guy he was at the start: a shy African-American kid from Minneapolis. Prince may have been an enigma but he lived in public in Minneapolis, spotted regularly at clubs and stores and he threw concerts at his Paisley Park complex. He even went around door-to-door, trying to convert neighbors to being a Jehovah's Witness. Prince may have retreated to his hometown and he may have whittled his music back down to its essence but he remained committed to developing emerging artists and also took pains to showcase female musicians, frequently choosing women as his supporting act. He also remained fearless, writing "Baltimore" in 2015 as a tribute to the slain Freddie Gray. This support of Black Lives Matter isn't the first time he was a vocal supporter of African-American causes, nor was it the only time he wrote a political protest song: at the height of the '80s nuclear paranoia, he addressed Ronald Reagan by name, something none of his peers did.

Maybe this continual engagement with the present is why his death feels so unexpected: even when he started trading upon his past, Prince remained engaged with our present, embracing the internet before rejecting it, playfully trading memes, and writing about how we live our lives in the 21st Century. By remaining engaged in his own peculiar way, he suggested that there would always be a possibility of a major work around the corner and, if any musician could deliver a great album of new material when he was 70, it'd be Prince. Sadly, we'll never get that. Nevertheless, the music he gave us is so rich and so joyous, it'll sustain us for this lifetime and many other lifetimes to come.