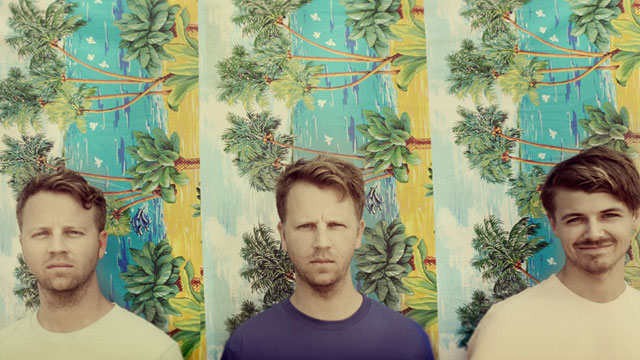 Electronics! People love them, want to buy them, covet them, etc. And with gift-giving season just around the corner, it's the perfect time for electronics companies to prime you (the consumer) into buying their product. No, this isn't a lesson in capitalism, just an explanation of why especially cool music might be used in a tech commercial. Cool kid music = cool gadget = you want to buy it (hopefully!). No one wants to be played like a violin by a commercial, so let's take a glance at the music behind some of these, and explore at whether they align with the ad's intended statement.

First up is the Bose SoundLink Mini spot, backed by the Santa Monica-based trio Cayucas, and their song, imaginatively titled "Cayucos."
https://www.youtube.com/watch?v=40jGk0oGX1w

Bose has always seemed a bit stodgy, with its focus on noise reducing headphones and the Wave Radio, but this product is clearly aimed to position it amongst the Jamboxes and Beats Pills of the world — namely, the young and/or young professional crowd, so the decision to go with indie music makes sense. Choosing "Cayucos," on the other hand makes a little less sense. It's a bright, poppy, beachy sound, but it's not particularly a showcase for sound fidelity, which has always been one of Bose's hallmarks. There are no tremulous highs or basso profundos, so for the message of "Better sound," the song choice is a bit of a mystery. For riding one's fixie and hanging out with bros, however, "Cayucos" is certainly an appropriate selection.

In the smartphone field, the Nokia Lumia 925 argues for its low light picture quality with Cults' "Go Outside."
https://www.youtube.com/watch?v=LifEGB3cND8

This is not the first time we've looked at the Lumia's marketing. Like its sibling the 928, the 925 depicts attractive, alternative nightlife-seeking young folk with an affinity for neon — but the music (the music!) is perfect. "I really want to go outside and stop to see your day," sung in that kids-at-summer-camp style underscores the easygoing joy of the scene (unlike Alt-J's "Fitzpleasure" which just underscored the need to... go to Burning Man). The sunniness of the song brings a day-for-night quality to the commercial that subtly brings out the the ad's argument ("Takes amazing low light photos") without also exhausting the viewer. A+ to Nokia's marketing team for this one.

Taking a page from Apple's original iPhone "Hello" campaign, Samsung introduces its Galaxy Note 3 Gear Smart Watch with a retrofuturistic montage of television and movie characters of yore talking to their watches. And it's set to LCD Soundsystem's glorious "Someone Great."
https://www.youtube.com/watch?v=nEv8jAme0_I

It's a great concept executed well, even if it is derivative of Apple, and it's enhanced by the signature build and electronic layering of James Murphy & co., which takes it from amusingly retro to actual futuristic by the end of the ad — after all, acknowledging your roots is one thing, but you don't want to push something you're hoping will be the hot new tech gadget as a hokey throwback.

The Medium is the Music

The Medium is the Music