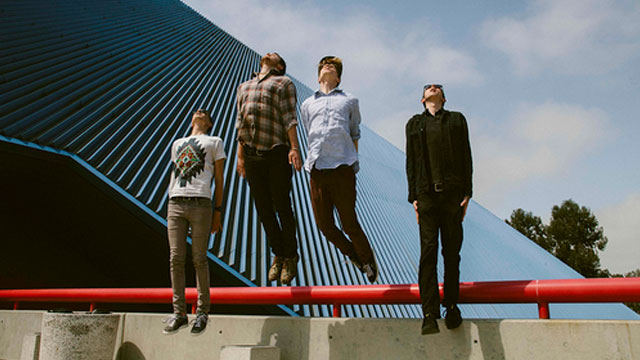 I've been watching a lot of '90s sitcom reruns lately. You're probably not, because you're most likely cooler than I am. But there's a great equalizer in television: the commercial. (Unless you're too cool for anything but HBO, in which case, I tip my hat to you.) There have been a couple of ads whose soundtracks may have caught your ear, so let's run through them.

The first is the "Respect the Tech" campaign for the 2014 Kia Forte:

This happy, human/robot couple and their lovely, camera-equipped sedan are backed by College & Electric Youth's "Real Hero", a synthy, dreamy number off of 2011's Drive soundtrack. It's a little on the nose -- she's his hero, he's her human, and they'll have adorable, car-shaped offspring, perhaps -- but even discounting the lyrics, it's also a thematically appropriate one. It's got a futuristic, aspirational, light sound that fits well with a technologically-focused ad.

Speaking of technologically-focused ads, let's take a look at this one for the Nokia Lumia 928:

Apparently, "Fitzpleasure" by British quartet Alt-J is what attendees of the world's most obnoxious parties listen to. Frat-house blowouts, neon-saturated raves, and... uh... some kind of Tron lightcycle event? Alt-J's bass-heavy stomper is probably supposed to make one feel like she's missing out on these glorious festivities where only the Lumia would effectively capture amazing, low-light memories. Truthfully, I find both the song and the ad exhausting, but we've already established that I'm not very cool.

In fact, the fact that I actually kind of enjoy the next commercial may be the final nail in my hip-person persona. Here we go:

There have been a lot of really bad covers of this Guns N' Roses classic (just try and forget the terrifying Sheryl Crow version), but I think this take on "Sweet Child o' Mine" by the London-based Capital Children's Choir works in a sweet way and hits the right level of schmaltz. Similarly focused advertising should take note (I'm still looking at you, Pandora Jewelry Mother's Day Collection). It's sweet, low in the audio mix of the ad, and immediately recognizable from its signature opening riff. It's weird to say, but Guns N' Roses are now a comforting, familiar touchstone from which brands can build goodwill.

Have any commercials grabbed your ear lately?