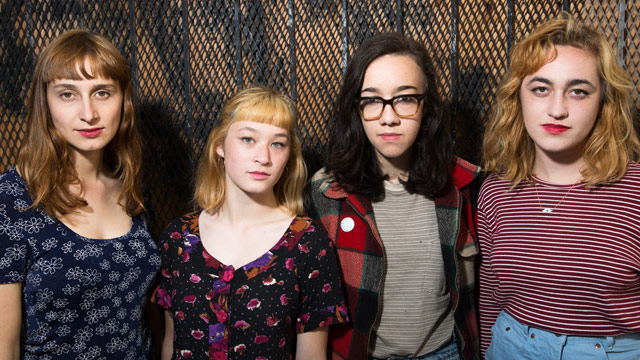 The She's is a rock band from San Francisco, consisting of four childhood friends. They just finished a west coast tour, which included a stop at the AllMusic Studios in Los Angeles to talk about their music, the emotional charge that comes from people relating to their music, and to perform the song "Lie Again."

For more on The She's, stop by their Facebook page.

Are you a band or artist representative who wants to pop into our Los Angeles studio for a session? Drop us a line: nyyzhfvp_cerff@nyyzhfvp.pbz.