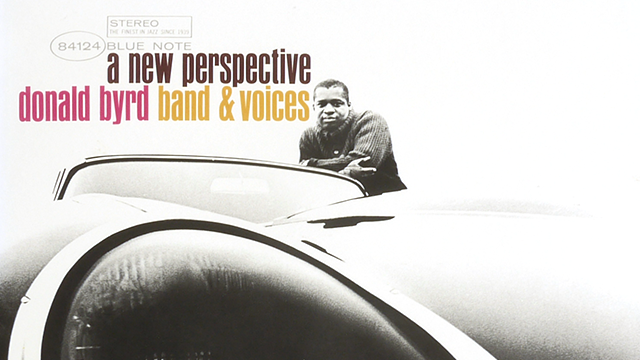 After a little break, the AllMusic Playlist is back to pay tribute to Donald Byrd, a virtuosic trumpet player, prolific bandleader and sideman spanning jazz and R&B, and tireless educator. Born in Detroit in 1932, Byrd played with Lionel Hampton by the time he graduated high school, and soon applied his skills to a military band while he served in the US Air Force, and obtained music degrees from Wayne State University and Manhattan School of Music. Byrd first made a big impression on the scene in 1955, when he joined Art Blakey's Jazz Messengers, taking the place once held by his idol, Clifford Brown, while also waxing sessions for the Savoy and Prestige labels. By 1958, Byrd signed with Blue Note, where he would release albums through the mid-70s, from hard bop dates with Pepper Adams like Byrd in Hand to the record-breaking crossover album Black Byrd, to funky excursions with the Mizell Brothers like Places and Spaces. Outside of working as a musician, Byrd was a passionate advocate for adding jazz and its history to college curriculum, and taught at schools such as New York University, Rutgers and Howard. His influence on popular music looms in the dozens artists who sampled his work, ranging from 2Pac to Destiny's Child to Dimitri from Paris. For much more on this highly influential and versatile artist, explore Donald Byrd's page at AllMusic.

Get the editors' picks in blurb and video form below and subscribe to the playlist on Spotify - and keep the music playing by sharing your favorite Donald Byrd songs (more on that at the end of this post).

"Parisian Thoroughfare" (1958)
Although his '60s albums are considered classics of the hard bop-era, Donald Byrd's early recordings often get overlooked. One listen to any of his '50s releases and it quickly becomes apparent how good of a straight-ahead, bop-style player he was. 1958's live "Parisian Thoroughfare" is not only one of the best renditions of the Bud Powell composition, but Byrd dazzles on his solo with his creative invention and technical skill on the horn. - Matt Collar
https://www.youtube.com/watch?v=ZMc8DBZrvTg

“The Cat Walk” (1961)
Donald Byrd’s partner through a great chunk of the late ‘50s and early ‘60s was the great baritone saxophonist Pepper Adams. They mostly recorded for Blue Note, but for Bethlehem and Riverside, too. Byrd’s sophisticated, fluid tone matched up perfectly with Adams' gruff, energetic sound, making many of the records they cut stand as hard bop milestones. The ripping live date 10 to 4 at the Five Spot is one, The Cat Walk is another. Just hearing the title track always gives me an extra boost of energy. From Byrd’s strutting melody line and graceful swagger to Adams' charged solo, the song is one of the songs I think of when I think of early ‘60s jazz greatness. - Tim Sendra
https://www.youtube.com/watch?v=ztTW1bqNE54

“Cristo Redentor” (1963)
Byrd grew up as the son of a Methodist minister, playing both gospel and jazz, often in church. On A New Perspective, he wanted to reflect those roots; not by creating jazz versions of gospel tunes, but by placing both in a single, unified context. With his sextet and an eight-voice gospel choir, this stunning, soulful rendition of Duke Pearson's classic recorded in 1963, is early proof that Byrd ambitions were not confined to hard bop. This track, from one of Byrd's finest albums, became a minor hit. - Thom Jurek
https://www.youtube.com/watch?v=rBLJAM7jPUQ

"Mustang" (1966)
Generally an underrated session, Mustang! captures a significant section of Donald Byrd’s swinging sensibility, pointing toward his ease with groove, emphasizing feel over swing. Naturally, Byrd possesses the ability to swing out and swing far, improvising with an ease that is easy to underrate, so attention winds up on the overall feel of this session, where he plays with pianist McCoy Tyner, bassist Walter Booker, saxophonist Jimmy heath and drummer Joe Chambers. They have a natural, easy chemistry apparent throughout the album but on the title track they’re showcased at perhaps their best, a symbiotic rhythm section swinging with ease. - Stephen Thomas Erlewine
https://www.youtube.com/watch?v=WUAIvNrtCsE

"Dixie Lee" (1966)
Byrd also had one of the more lengthy careers of any jazz artist of his time that found him at the forefront of several style innovations. Next to Lee Morgan' s "Sidewinder," the funky, boogaloo-style hard bop "Dixie Lee" off 1966's Mustang!, is one the best danceable and groovy jazz cuts of that, or any decade. - MC
https://www.youtube.com/watch?v=EmB4KBzf-3U

"The Emperor" (1972)
Like a lot of kids born during the mid '70s, my route to jazz -- including Donald Byrd -- was through hip-hop producers like A Tribe Called Quest's Q-Tip, Main Source's Large Professor, and Gang Starr's DJ Premier. After devouring Byrd's frequently sampled '73-'76 albums that fully embrace R&B with production from the Mizell brothers, I traced backward, beginning with 1972's very different Ethiopian Knights. Starting with a solitary bass rumble from Wilton Felder, "The Emperor" takes up 16 of side one's 20 minutes with one of the baddest driving grooves of any era or genre. Byrd plays with a burning intensity and everyone -- including guitarists Greg Poree and Don Peake, trombonist Thurman Green, saxophonist Harold Land, organist Joe Sample, pianist Bill Henderson, and drummer Ed Green -- shines. It never fails to transfix. - Andy Kellman
https://www.youtube.com/watch?v=AVuIpl_0fyg

"Street Lady" (1973)
As partial as I am to both Byrd’s ‘60s hard bop and the deep cinematic funk of the early ‘70s, there’s something wonderfully easy about Donald Byrd’s Street Lady, an album that splits the difference between the two extremes. On the surface, it’s a slick, easy piece of fusion, where the groove is paramount, but listen closer and Byrd is given ample room to roam, tearing into a solo early into its six minute running time. Funk rhythms and flute and analog synths pop up later, all creating a tapestry that’s very 1973, and that’s the wonderful thing about the piece: it’s funky, trashy, kitschy yet genuine, a real example of how Byrd pushed boundaries without being pretentious. - STE
https://www.youtube.com/watch?v=_RysCD92fC4

“Slop Jar Blues” (1973)
No Donald Byrd playlist would be complete without a tune from Black Byrd, an album reviled by critics but massively embraced by the public — for decades, the largest selling album in their history. This was the beginning of his collaboration with Larry Mizell, which would prove influential not only in jazz, but in dance music and hip hop as well. Slop Jar Blues with its funky, 4/4 guitar vamp, clipped squiggly synth fills, tight bassline, and shuffling breaks, provides room for an infectious call-and-response between Byrd's horn and Roger Glenn's flute. Its groove quotient makes it impossible to listen to passively. - TJ
https://www.youtube.com/watch?v=fpzXI7jPFSk

"(Fallin’ Like) Dominoes" (1975)
With its percolating bass and hard, funky rhythms, this could perhaps be mistaken for Earth, Wind & Fire, an impression not lessened by the sung chorus. It’s not jazz, and many have taken it to task for that very reason but it’s an exceptional piece of smooth funk, illustrating Byrd’s omnivorous taste and ease in navigating shifting fashions. - STE
https://www.youtube.com/watch?v=EVT9iL8ja0E

"Change (Makes You Wanna Hustle)" (1975)
Speaking of Byrd's innovative, genre-crossing career, he was one of the first and best adopters of the fusion sound of the 1970s. Working with the legendary soul songwriting/production team of Larry and Fonce Mizell, Byrd crafted some of the funkiest, most immaculately produced cuts of his career. "Change (Makes You Wanna Hustle)" off 1975's Spaces and Places is a dance floor-ready, disco-funk-jazz masterpiece. - MC
https://www.youtube.com/watch?v=0We9xzqcnAU

“Loving You” (1978)
After cutting loose the Mizell brothers, Byrd showed that he learned plenty from them, hitting big producing tracks for his protégés the Blackbyrds and continuing to put out smoothly funky jams, like this one from his 1978 album Thank You...For F.U.M.L. (Funking Up My Life). Its easy-to-dig disco beat, sweetly soulful vocalists and swooning strings provide a steady grooving bed for Byrd to drop in his simple, but perfectly right, lines with style. - TS
https://www.youtube.com/watch?v=nkr7muNyZhc

Listen to our editors' picks in playlist form, and keep the music playing by sharing your favorite Donald Byrd songs, whether he's the leader, a sideman, or someone else is covering or sampling his work. Spotify users can contribute by adding AllMusic Editors to your people list, and then sending your selections to our inbox. Not a Spotify user? Share your track picks on the AllMusic Facebook page or by tweeting @AllMusic with hashtag #Byrdsongs.