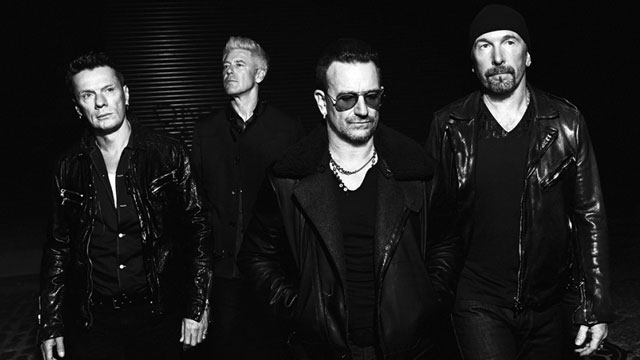 Many U2 albums experience a difficult birth, but their thirteenth studio record underwent a particularly extended labor. Gestating for years, possibly started immediately after 2009’s No Line On The Horizon and ushered into existence by many midwives, Songs Of Innocence appeared suddenly in September 2014, nearly nine months after "Invisible," the presumptive lead single for the record, flopped. "Invisible" is nowhere to be found on Songs Of Innocence, yet its vaguely electronic thrum did indeed turn out to be a taste of where U2 was headed after those endless sessions wound up shepherded by Danger Mouse.

Songs Of Innocence—its title taken from William Blake, although many music nerds may first think of David Axelrod—does indeed incorporate electronic elements in a way no U2 album since Pop has, weaving samples, loops and other flourishes within music that otherwise adheres to the self-conscious classicism that has been the band's stock in trade since Y2K. Which is another way of saying that where the U2 of the '90s looked forward, the 2014 U2 is looking back, aware of a legacy that includes decades of arena-filling anthems, the deliberate reinvention of Achtung Baby and the initial inspiration from the great spark of punk rock. The latter also provides the thematic fuel on Songs Of Innocence, a quasi-autobiographical coming of age story from Bono that begins with the big bang of "The Miracle (Of Joey Ramone)." This opening fanfare doesn't sound a thing like the Ramones, nor does "This Is Where You Can Reach Me Now" sound like its reported inspiration the Clash: they, like everything else here, sounds like U2, albeit a U2 who is beginning to carry the weight of their years somewhat uneasily.

Majesty doesn't come easily to them anymore, so they've substituted surging melodrama for a brittle, insistent clamor that's intended to dazzle. It's busy enough to be bracing yet it's also wearying, exuding a faint air of desperation that dampens the emotional pull of such lovely moments as "Song for Someone" and "The Troubles" (the latter featuring vocals from Lykke Li) while merely providing clatter elsewhere. Often, there's a nagging sense U2 could've pushed themselves a little harder sonically—"Raised By Wolves" benefits from the coiled paranoia created by its frenetically circling vocals and guitars—but that would've required risk, which they've been avoiding since Pop's garbled roll-out. Instead, Songs Of Innocence showcases how U2 desire to have things both ways. They camouflage their nostalgia in the sound of modernity, they play gigantic music about intimacy, they want to expand their horizons without leaving home. They want to be everything to everyone and, in attempting to do so, they've wound up with a record that appeals to a narrow audience: fellow travelers who either thrill at the spectacle or dig for the subtleties buried underneath the digital din.