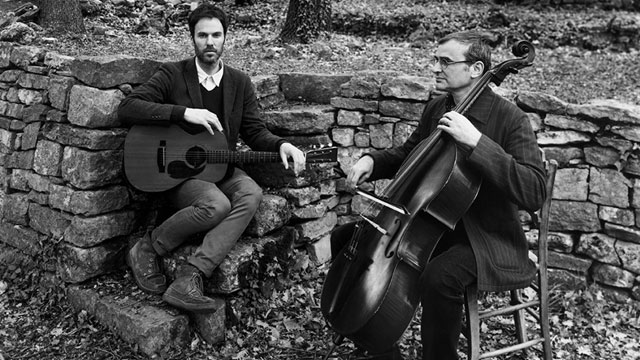 It's hard to say why two musician friends took 25 years to finally decide to collaborate, but Piers Faccini and Vincent Segal ultimately got their act together to make Songs of Time Lost, 13 gentle, enveloping tracks based on only guitar, cello and voice that will excite fans of the stark tone of Leonard Cohen, Jackson C. Frank and Nick Drake. It's a collection of originals as well as covers of late night-friendly tunes that reflect the album cover's streetlight setting.

Songs of Time Lost will be released October 14 on Six Degrees Records and can be preordered on iTunes.

Hear a Song From Pink Floyd's Upcoming 'The Endless River'

Hear a Song From Pink Floyd's Upcoming 'The Endless River'