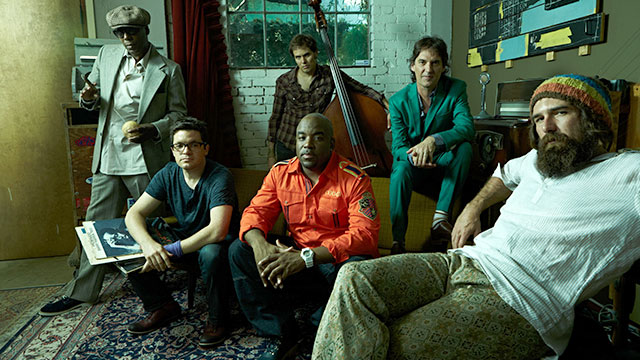 Los Angeles-based rapper Crown grew up in the hip-hop hotbed of Brooklyn, with a four-year detour to Panama, and then went in search of adventure in the Air Force. After settling in California, Crown pursued his passion for rap music, resulting in his debut EP, Love My People, which comes out October 28, but you can hear the whole thing below. It's four tracks of upbeat, easygoing hip-hop, helped out by his wildly talented backing band, M.O.B., which features musicians who have appeared on records by Outkast, TLC, Justin Timberlake, Björk, Stevie Wonder, Dr. Dre and Tina Turner.