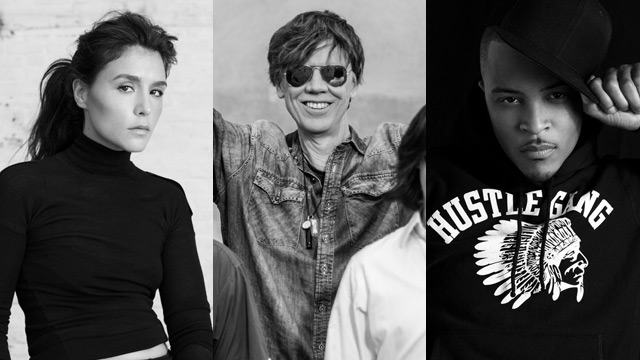 It's a week of veterans returning to their roots, new stars testing their sea legs and a masked metal band exploring a future without two of their main members in our look at this week's new music.

After releasing one of the best albums of 2012, British singer Jessie Ware delivers her sophomore release, Tough Love, while former Sonic Youth frontman Thurston Moore moves on with his first solo album since the demise of his band and his marriage a few years ago, The Best Day. Also, T.I. gets a pop makeover from Pharrell and the Queen of Soul drops an all-covers record, featuring her take on Adele's "Rolling in the Deep." Legendary singer/songwriter Neil Diamond taps into the balance of his early albums with his new album, Melody Road, which you can enter for a chance to win a copy of, along with a very...passionate Neil Diamond T-shirt, courtesy of your friends at AllMusic. To close out, masked metal stars Slipknot return with their fifth album, their first since the death of founding bassist and key songwriter Paul Gray and the departure of drummer Joey Jordison, also cited as one of the band's strongest musical forces.

For full reviews of these albums, and of new records from Primus, Annie Lennox, Billy Idol and more, head to our New Releases page.