The concept of four Australian Idol alumni joining together to form a pop group is quite unique for the global Idol franchise. Rarely do these types of formations form, and even less often, stick, especially since, by the time of print of this review, Ricki-Lee Coulter has already left the group and been replaced. Nonetheless, the team of producers who formed the Young Divas, and their record label, Sony BMG, went for it anyways, signing these girls up with a record deal after a brief experimental tour. The product is not much different than the Idol format or the title of the group itself. It is a collection of covers by the famous divas of the past decades. The album has covers originally by Donna Summer, Irene Cara, the Weather Girls, and so many more. In some ways, this approach to a post-Idol album is a good thing. It doesn't stray too far from anything that the girls, Emily Williams, Kate DeAraugo, Paulini, and Ricki-Lee Coulter have performed on the show. Plus, their voices mesh seamlessly on tracks like "Happenin' All Over Again" and "This Time I Know It's for Real", which were the albums first two singles (and the strongest tracks on the album). However, one can totally argue against the quality of the album for the same reasons. It's an album of covers; it has no original material, which makes it difficult to determine the strength of the writing and potential of these girls. There is no redeeming artistic originality on the album, however new remixes of several songs are unique. Plus, the girls all play second fiddle throughout the album to each other, instead of having one lead singer. While some of the covers work perfectly, others seem affected and forced (See "Let's Hear It for the Boy"). At times, the girls strain to be the lead vocalists, and there are points where the ladies attempt to shout over each other to be the most heard. Ultimately, this album is more for an avid fan of Australian Idol more than anything else, four ex-contestants (including a winner of the franchise, DeAruago) singing Idol classics. Or, if you're someone who loves to hear a modern take on some timeless hits by four knock-out voices, this is an album right up your alley. However, the market for this album doesn't really appeal to much more than that. Time will tell if the Young Divas will really become bona-fide stars. I'm still waiting for original material. 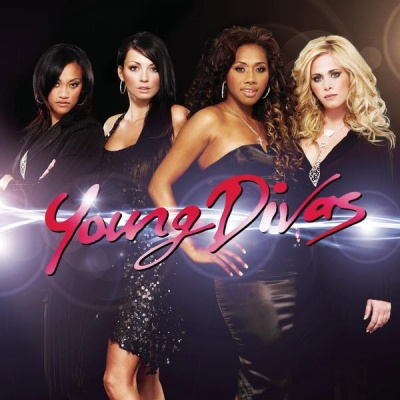