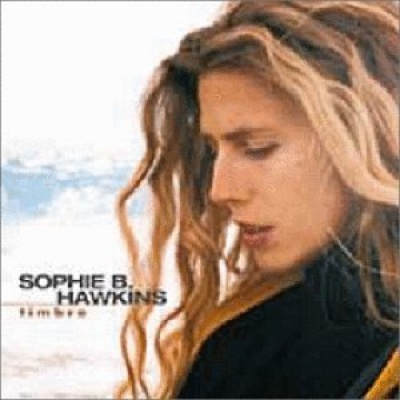 Since she works in a genre commonly tagged as adult contemporary pop, it's easy for some critics to dismiss Sophie B. Hawkins, but she's much more adventurous than most of her adult pop peers. That wasn't immediately evident on her debut, Tongues and Tails, even if "Damn, I Wish I Was Your Lover" playfully twisted sexual conventions, but Whaler showed significant progress. Her third album, Timbre, explores even greater territory, even if it's in subtle ways. Hawkins favors strong melodies and clean, polished productions, which makes her music enjoyable on a surface level, but it also reveals more upon each subsequent play. Certain quirks are self-evident upon an initial listen -- the beatnik pretensions of "The Darkest Childe," which ultimately sinks under its own poetic weight -- but the genuinely intriguing moments, such as the weirdly exotic instrumentations and evocative lyrics, only appear upon repeated spins. By that point, Timbre has slowly, surely worked its way into the subconscious -- Hawkins' songs are melodic, yet they blossom and become memorable over time. She has crafted two rewarding albums prior to Timbre, yet this may be her best yet. It lacks a standout single on the lines of "Damn, I Wish I Was Your Lover" or "As I Lay Me Down," but song for song, it's impressively consistent, and her performances are remarkably assured, elevating Timbre to her finest moment yet.