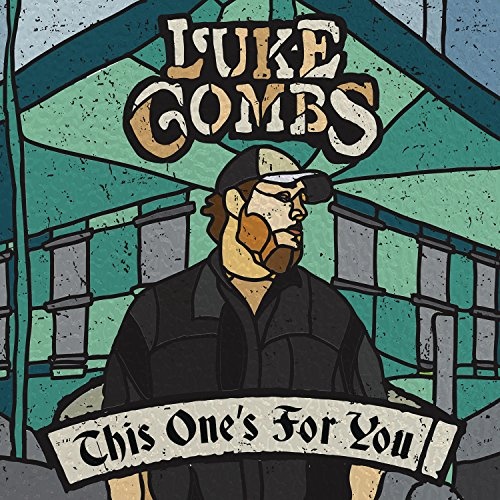 Luke Combs' debut album, This One's for You, is anchored by the slow-burning "Hurricane," a ballad that takes its cues from Sam Hunt's R&B rhythms but showcases Combs' big, gruff voice. The tension between Combs' traditional side and his modern inclinations is what gives This One's for You some freshness and it surfaces often, including on the opening open-road anthem "Out There," which has a busier rhythm than necessary. Combs can also veer toward the middle of the country-pop road, whether it's on the breezy island vibes of "Don't Tempt Me," the cautionary tale "Be Careful What You Wish For," or "Memories Are Made Of," which has a modern gloss even though its title invites nostalgia. Despite all this, Combs seems to favor old-fashioned modes. He kicks up some dust on the twanging "Beer Can" and "Honky Tonk Highway" (the latter is the straightest barroom raver here), but he truly specializes in slower stuff like "Hurricane." Such ballads are all over This One's for You -- he simmers on "One Number Away," he conjures brokenhearted soul on the title track, and he offers a sweet, spare, backporch love song "I Got Away with You" -- and they're the songs that anchor the record while pointing toward a potentially long career for this singer.