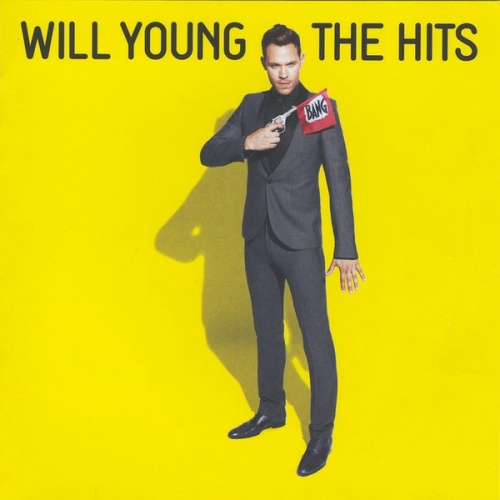 Breaking the mold of the archetypal pop idol, Will Young has avoided the here today, gone tomorrow fate of many other talent contest winners, arguably thanks to a determination to distance himself from Simon Cowell as quickly as possible. The Hits, which features 12 singles from his four studio albums plus two new tracks, only emphasizes what a wise decision that was. Early post-Idol singles "Evergreen," a rather clichéd Westlife album track that became the template for the TV show winners' debut singles, and "Light My Fire," a competent but unexciting rendition of the Doors classic, have Cowell's stamp all over them. Luckily, his Gareth Gates duet, "The Long and Winding Road," undoubtedly the dullest number one this decade, isn't included here. But it's pretty likely that if the other two hadn't been such gargantuan successes ("Evergreen" is the biggest-selling single of the noughties), Young would quite happily have omitted them as well. Only the gorgeous string-soaked "You and I" hinted that Young could fulfill his initial promise if he weren't lumbered with such pure karaoke material. Fortunately, second album Friday's Child saw Young take his career into his own hands, eschewing the Burt Bacharach-influenced sounds of his debut in favor of the blue-eyed soul-pop that Simply Red based a career on. The simple acoustic ballad "Leave Right Now" has since become a modern classic, but the Blow Monkeys-inspired "Your Game" and the Groove Armada-esque epic title track are just as well-produced. Buoyed by its critical and commercial success, Young continued to develop his brand of sophisticated intelligent pop for third album Keep On. "Switch It On," famous for its Top Gun pastiche video, is arguably his most adventurous single, a frenetic piece of country-rock that owes more than a passing nod to George Michael's "Faith." But it was the maturity of piano-led love songs "All Time Love" and "Who Am I" that showed Young was an artist in his artistic and vocal prime. Fourth album Let It Go served up more of the same, but with its increasingly MOR leanings, Young was ignored by Radio 1 for the first time and the disappointing chart positions for soft-spoken ballads "Grace" and "Let It Go" suggest the rumored dance-led sound for album number five could be a much needed change in direction. However, Young is undoubtedly still one of the success stories of reality TV pop. He may be unable to match the multi-million sales of Leona Lewis or the huge tabloid profile of Girls Aloud, but based on the consistently impressive The Hits, he certainly appears to be the most in control.