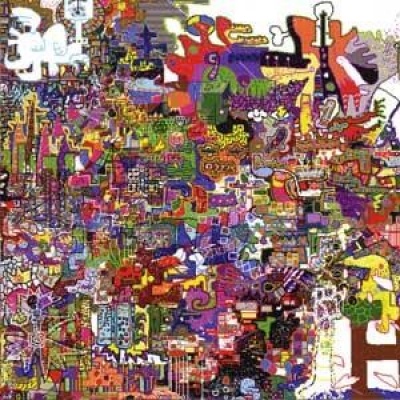 At the time they released their self-titled third album, Phantom Planet issued a deluxe release that featured their breakthrough, The Guest, along with some of its demos and Phantom Planet. Even though The Guest was the group's second album, it felt like the debut of their unapologetically sunny sound, which spawned the hits "California" and "Lonely Day." Phantom Planet, meanwhile, also felt like a debut, so different was it from the manicured pop of their previous album. Instead, the band opted for a sound influenced by trendy, garage-y New York bands like the Strokes and French Kicks, complete with surly, slurry sneers from formerly earnest singer Alex Greenwald and a rough, scuzzy sound from the rest of the band. That said, Phantom Planet isn't a bad fusion of noisy rock and the kind of music they were doing before. "The Happy Ending" kick-starts the album with equal amounts of pummeling drums and bittersweet ragged vocals; "1st Things 1st" is a model of aggressive, economical melody; and "The Meantime" rivals almost anything that appeared on Room on Fire. On the other hand, "By the Bed," "After Hours," and "Knowitall" all have as much if not more impact than the loudest songs, reaffirming that Phantom Planet really is a pop band at heart. Phantom Planet is by no means a bad album, although it is a slightly strange and frustrating one -- but together with The Guest, it helps flesh out a portrait of one of modern rock's more interestingly contradictory bands.