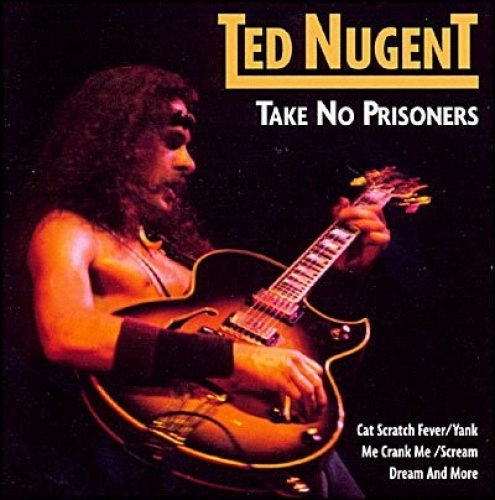 It's nearly impossible to keep track of all the numerous Ted Nugent compilations that have flooded the marketplace over the years, especially "budget-priced" ones. Despite there being an oversaturation of such releases for years and years by this point, there appears to be no end in sight for these types of releases, as 2003's Take No Prisoners exemplifies. The ten-track collection focuses primarily on the Nuge's classic '70s period, especially such perennial butt-kickers as "Cat Scratch Fever," "Stormtroopin'," "Just What the Doctor Ordered," and "Hammerdown" (the latter of which features a pre-fame Meat Loaf on vox), while a few tracks from the early '80s ("Scream Dream," "Put Up or Shut Up") find their way onto the collection as well. There are plenty of other more well-rounded and thorough Nugent collections out there (especially the single-disc Great Gonzos!: The Best of Ted Nugent and the double-disc set Out of Control), but if you're looking for a straight-to-the-point compilation that mixes a few of his best-known tracks with lesser-known album cuts, Take No Prisoners fits the bill. Barely.