This is a fine budget-priced box set that puts three single-disc collections from Frank Sinatra's Columbia Records period under one slipcover. Sinatra Sings His Greatest Hits is the single best one-CD overview of the Voice's tenure at Columbia. Swing and Dance With Frank Sinatra lives up to its title by being a hot up-tempo overview that adds a plethora of big-band tracks to his 1950 Sing and Dance album. Sinatra Sings Rodgers & Hammerstein shows that Sinatra was as good at doing art songs and outsized pop ballads as he was at singing from a jazz and swing angle. If you don't have any of Sinatra's Columbia sessions, this is an excellent, well-rounded portrait of the artist during the 1940s. 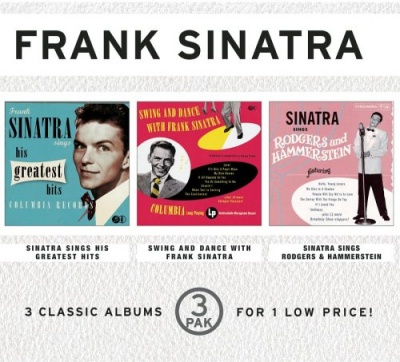