The Voice of Frank Sinatra Review

In 1945, Frank Sinatra recorded his first album after a career previously devoted solely to single records. Over two sessions, he performed the eight songs included in The Voice of Frank Sinatra, which Columbia released as a four-LP set of 78-rpm records on March 4, 1946. The collection quickly topped the then-recently established Billboard album chart. The Voice of Frank Sinatra was a precursor to the "concept" albums Sinatra would pioneer at Capitol eight years later, a carefully chosen and arranged selection of songs creating a specific mood. In this case, arranger/conductor Axel Stordahl used a string quartet and a rhythm section, with occasional added instruments, to create settings for a group of classic ballads, all from the '20s and '30s. Sinatra took the material very seriously, singing the love lyrics with utter sincerity. His singing and the classically influenced settings gave the songs an unusual depth of meaning. 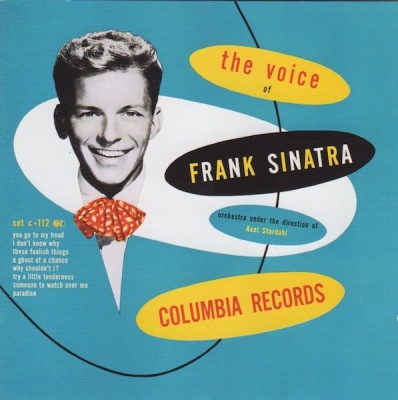