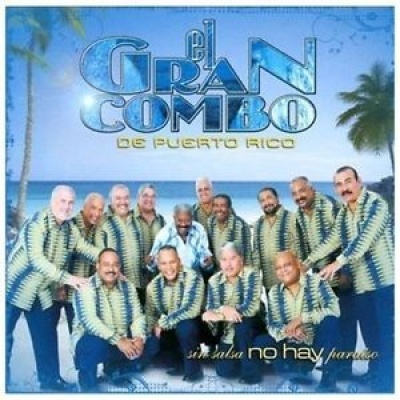 A half-century into their recording career, El Gran Combo de Puerto Rico are still one of the leading salsa acts in Latin music, which is all the more remarkable when you consider that founder and bandleader Rafael Ithier was well into his eighties when he and his orchestra released Sin Salsa No Hay Paraíso. The third full-length studio album released since Gran Combo de Puerto Rico left Combo Records at the turn of the century, after a quarter-century of releasing a new studio album more or less every year on the label, Sin Salsa No Hay Paraíso is no less exciting than its predecessors, Aquí Estamos y...¡de Verdad! (2004) and Arroz con Habichuela (2006), the latter of which won the group a Latin Grammy award for Best Tropical Album. The title track of Sin Salsa No Hay Paraíso storms out of the gate as the album opener. One of El Gran Combo's best singles in recent years, "Sin Salsa No Hay Paraíso" is straight fire and sets the album aflame from the get-go. While none of the subsequent tracks on the ten-track album measure up to the stand-out title track, there are plenty of highlights, among them a new version of "Achilipú," which was originally released on the classic album De Punta a Punta (1971), and "Colombia Tierra Querida." Fans of El Gran Combo know what to expect on Sin Salsa No Hay Paraíso, as this group is nothing if not consistent, and the album doesn't disappoint, the title track in particular.