Neon-toned and deliciously funky, Foster the People's third studio album, 2017's Sacred Hearts Club, finds the group eschewing its pleasant indie pop sound in favor of an album of lightly experimental, fluorescent-lit, groove-based tracks. Produced by lead singer/songwriter Mark Foster and keyboardist Isom Innis, along with Josh Abraham, Lars Stalfors, and Oligee, the album is the Los Angeles band's biggest departure yet from the amiable, youthful vibe of 2011's Torches. These are kinetic, hip-hop-inflected tracks rife with '80s-style synths, finger-snapping basslines, skittering dance beats, and club-ready, falsetto-tinged hooks. If there's any contemporary touchstone for the band's approach here, the album-ending ballad "III," with its dreamy, pulsing synths and angelic, cloud-light melodic hook, certainly makes the case that Foster have been listening to a lot of M83. As if to announce the new direction, they kick things off with the steamy, new wave-cum-hip-hop jam "Pay the Man," which finds Foster diving headlong into a hip-sway-inducing rap. Similarly, cuts like the stadium-sized anthem "Doing It for the Money" and the sparklingly buoyant "Sit Next to Me," with their icicle guitar hits and bubbly keyboards, bring to mind an inspired mix of '80s Tom Tom Club and Prince, with just enough modern EDM flourishes to keep things from getting too nostalgic. Along those lines, we get the spacy electro-Motown of "Static Space Lover," the buzzy, blacklight-drenched house music anthem "Loyal Like Sid & Nancy," and the sexy, crystalline, digital hip-hop and R&B flow of "Harden the Paint." Ultimately, the beauty of Sacred Hearts Club is that it sounds like a Foster the People album without unnecessarily rehashing the sound that made them famous. 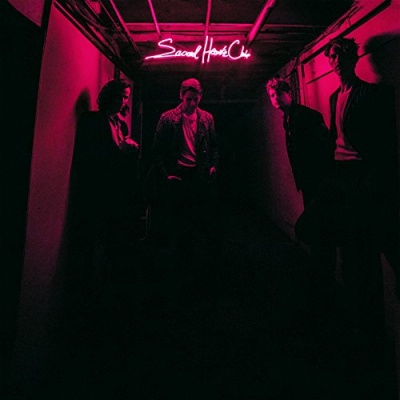