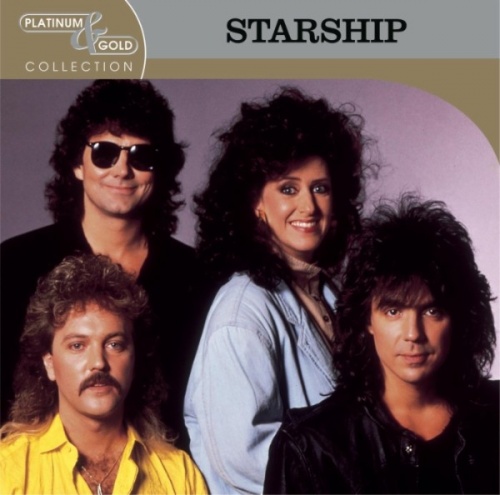 There have been two American Starship compilations prior to BMG Heritage's 2004 Platinum & Gold Collection -- 1991's Ten Years and Change, which also covered some Jefferson Starship recordings, and the 1993 budget release Best of Starship, which didn't have their biggest hit, "We Built This City." So, there was a good reason to release this Platinum & Gold Collection, since there hadn't been a good collection to focus on Starship-only recordings, and this fits the bill quite nicely, since it contains all of their hits outside their final charting single, "Good Heart," which scraped the bottom of the charts in 1991. In other words, it has everything that anyone could want -- namely, the big three singles of "We Built This City," "Nothing's Gonna Stop Us Now," and "Sara," plus lesser-known (but still relatively popular) hits like "It's Not Over ('Til It's Over)" and "Tomorrow Doesn't Matter Tonight." While this music has dated over the years -- few artists capture the sound of synthesized, anthemic late-'80s mainstream rock better than Starship -- anybody looking for the group's hits, either as a nostalgia trip or as a dutiful fan of Jefferson Airplane, should turn here.