Knee Deep in the Hoopla Review

Left for dead after the departure of bandleader Paul Kantner the previous year, the newly christened Starship experienced an unexpected commercial comeback with 1985's Knee Deep in the Hoopla. The long-running band's most overtly commercial effort to date, Knee Deep in the Hoopla featured two number one hits: the unusual and much-maligned "We Built This City" and the Mickey Thomas-sung ballad "Sara." The songs, most of which came from outside songwriters, are pleasant but lightweight; when co-lead vocalist Grace Slick rocks out, as she does on "Rock Myself to Sleep," it sounds laughably out of place. Nevertheless, if the tracks are less than memorable, they are very tuneful and melodic and sympathetically produced by Jeremy Smith and hitmaker Peter Wolf (who had penned the group's hit "No Way Out" the previous year). Slick's presence is heavily muted, leaving the spotlight to Thomas' high-pitched arena rock wails. Huge hits notwithstanding, the standout cut on this album is clearly "Love Rusts," an eerie duet between Thomas and Slick tracing the dissolution of a relationship. The album is hardly a great artistic achievement, but it's better than the Starship records that followed, and it fit perfectly with 1985's zeitgeist of '60s relics cleaning up and making MOR comebacks. 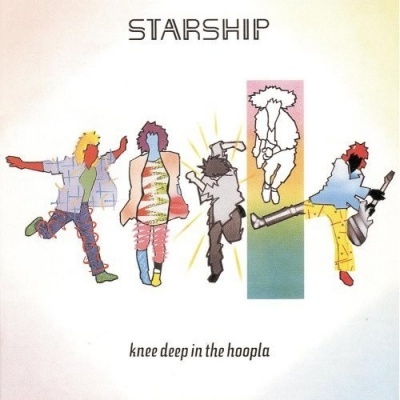