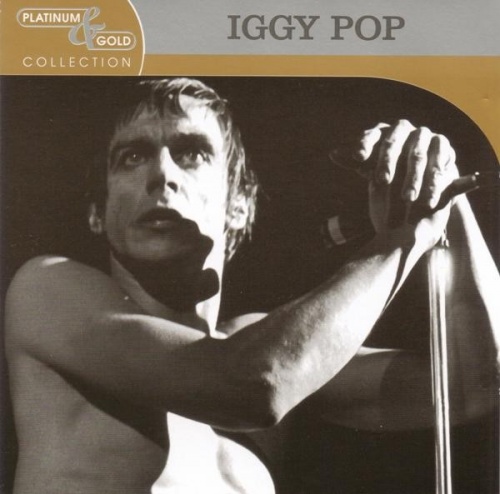 Iggy Pop's solo career seems to defy a neat and concise compilation album, given his numerous creative twists and turns as well as the long list of labels he's worked with, but that hasn't stopped anyone from trying to create one anyway, and this installment in BMG's Platinum and Gold Collection series assembles a dozen cuts from Iggy's work for RCA and Arista. The fact that nearly half the disc is devoted to material from 1979's New Values, while Iggy's best solo album (1977's Lust for Life) is represented with just two songs, suggests whoever put this together has their priorities a little out of whack, but for the most part this is an entertaining listen. Kicking off with, of course, "Lust for Life," this disc puts the focus less on Iggy's David Bowie-produced comeback sets for RCA than his three albums for Arista, and in this context the five tunes from New Values sound mighty fine indeed, especially the pained and bitter "Tell Me a Story" and the primal rant of "Five Foot One," while "Loco Mosquito" and "Knocking 'Em Down (In the City)" sound like lost classics without the rest of Soldier weighing them down. Closing this album with "Pumpin' for Jill" and "Bang Bang" from Party was a lamentable choice, but on the bright side at least nothing from the bargain-basement TV Eye (1977 Live) made the cut. This is useless as a career overview, and it won't replace your copies of Lust for Life or New Values, but if you're looking for a decent mix from Iggy's early solo period, this will fill the gap.