With New Values and Soldier, not to mention plenty of touring, Iggy Pop proved that if he wasn't the most stable man in rock & roll, he wasn't the burned-out waste case who hit the skids after the collapse of the Stooges, either. In 1981, both Iggy and his record company wanted him to deliver a hit, and Party was a typically eccentric attempt on his part to do just that. On Party, Iggy and songwriting partner Ivan Kral came up with a set of stripped-down but tuneful pop/rockers, and Iggy tried to steer away from darker lyrical themes in favor of relatively upbeat songs like "Rock and Roll Party," "Houston Is Hot Tonight," and "Pumpin' for Jill" (he works at a gas station, get it?). But "Pleasure" proved the old Iggy still lurked beneath the surface, "Eggs on a Plate" found him lashing out at the symbols of success he was trying so hard to gain, and "Happy Man" was so aggressively silly it verged on self-parody. Iggy also tried to enlist a name producer to give the project some commercial punch; what he got was one-time Monkees songwriter Tommy Boyce, who oversaw the uninspired but prescient dance-rock opus "Bang Bang" (which did scrape the lower regions of the singles charts), as well a pair of eccentric covers. Part of Iggy Pop's unique sort of integrity is that the man doesn't seem to know how to sell out, even when he tries, and Party, one of the strangest albums of his career, is living proof. Buddha's 2000 reissue of Party added a strong, low-key rendition of the Johnny Mercer classic "One for My Baby (And One More for The Road)" that works better than most of the cuts from the original album. 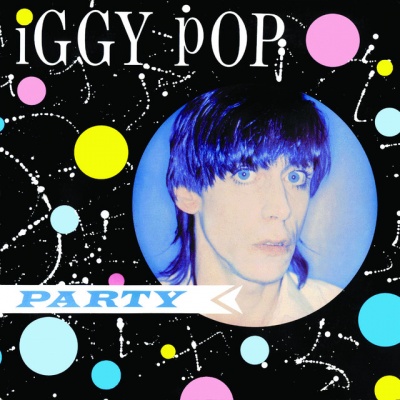