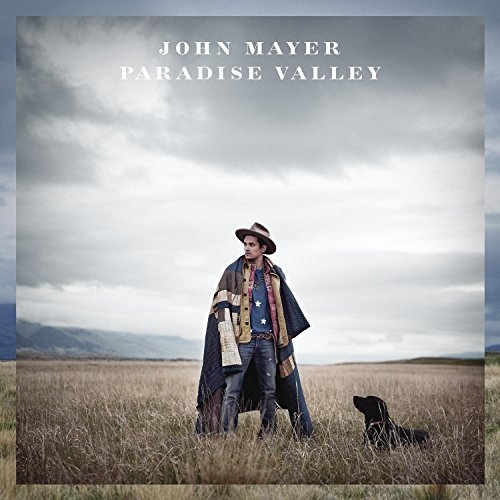 John Mayer's 2013 album, the Americana-tinged Paradise Valley, is an introspective if somewhat more upbeat affair than his similarly country-inflected 2012 release, Born and Raised. With that album, Mayer was coming off a rough career patch that found him issuing a mea culpa for an infamously loose-lipped 2010 Rolling Stone interview. Making matters worse, in 2011 the singer/songwriter announced he would be going on extended hiatus from performing while he received treatment for granulomas found near his vocal cords. Subsequently, with Born and Raised, Mayer moved away from the commercial pop of 2010's Battle Studies and toward an intimate, largely acoustic, '70s Laurel Canyon-inspired sound with songs that featured plenty of apologetic soul-searching. Named after the Montana river valley where Mayer owns a cabin and spends much of his time when not touring, Paradise Valley continues in this more intimate country-folk style and often feels less like a stand-alone album and more like a companion piece to Born and Raised. Which isn't to say it's a lesser work. On the contrary, Paradise Valley actually hangs together better than Born and Raised, with songs that achieve a balance between Mayer's electric Eric Clapton influence and his softer James Taylor-inspired side. Although his self-imposed period of supplication seems to have ended, Mayer still has plenty of troubles on his mind. Whether comparing his life on the road to the life of an old girlfriend he webstalks online, as he does on "Dear Marie," or struggling with his wanderlust and inability to call one place home, as he does on "Badge and Gun," Mayer is clearly still struggling with some of life's bigger issues. As he sings to his old girlfriend on "Dear Marie," "Yeah I got that dream, but you got yourself a family." It's this knack for turning his personal worries into universally relatable ones that helps Mayer avoid coming off as too self-absorbed and entitled. It is also this ability that helps him finesse "Paper Doll" from simply being a nasty swipe at rumored onetime paramour Taylor Swift (Swift purportedly wrote the song "Dear John" after being dumped by Mayer) into a superbly crafted and gorgeous song about romancing someone more emotionally vulnerable than yourself. Elsewhere, Mayer delivers a soulful rendition of J.J. Cale's "Call Me the Breeze" -- the most straightforward blues cut on the album -- and delves into two synergistic duets, the first with on-and-off girlfriend Katy Perry on "Who You Love" and the second with R&B auteur Frank Ocean on "Wildfire." That Mayer fails to cite country legend Ernest Tubb as the inspiration for "You're No One 'Til Someone Lets You Down," which basically cribs the melody from Tubb's "Walking the Floor Over You," might seem more of an oversight if he hadn't made it so obvious from the start that he was clearly drawing from the deep well of country music's past on Paradise Valley. Ultimately, whether it's Tubb's honky tonk twang, or the twang of Mayer's own heart, the sound of Paradise Valley rings true.