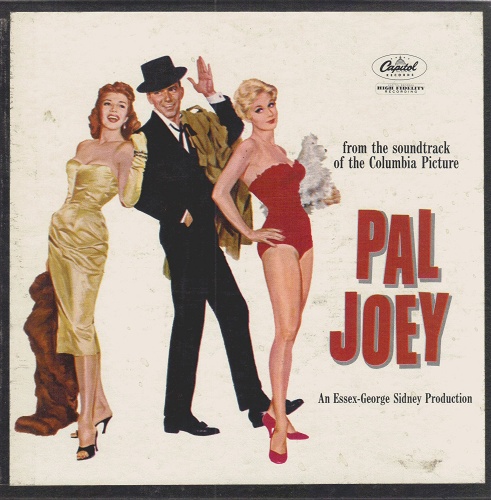 Pal Joey is far and away the best Frank Sinatra soundtrack album of them all. The movie itself is a hoot, even if it greatly watered down the corrosive, ahead-of-its-time Broadway musical it's based on. Pal Joey's nightclub sequences are excellent, and feature Sinatra singing Rodgers & Hart songs arranged by Nelson Riddle -- can you get any better than that? The only complaint is that a swinging version of "I Could Write a Book" heard in the movie is replaced by a ballad reading on the soundtrack album. This album has been out-of-print for many years but has recently begun resurfacing on CD. You can also get most of Sinatra's contributions to the soundtrack on the more easily found Sings the Select Rodgers & Hart compact disc and on the Sinatra in Hollywood 1940-1964 box set.