This time around Angélique Kidjo has definitely delivered the goods, exploring the African Diaspora westwards, and the effect it's had on Latin music (and vice versa, as the trips and influences weren't always one-way). So, in the opener "Seyin Djro," for example, one can hear a Latin bounciness, but also percussion and singing from Africa, while "Cogoleo" investigates the many Atlantic crossing on Congolese rumba, and even adds West African balofon for good measure, giving an intriguing mix of West and Central African music. The whole album is a good time, but also extremely thoughtful, such as on "Congo Habanera," which slithers sexily and loudly, or "Adje Dada," where the kora harp ripples in and out of a Latin groove whose roots are in Africa. "Bissimilai" heads further south, taking on the colors of Brazil -- but that's only right, since it had one of the highest slave populations of anywhere in the Americas. Perhaps the odd piece out is the ballad "Le Monde Comme un Bébé," with its strings, a duet with Henri Salvador that seems to stand outside Kidjo's concept. Far too many times in the past, albums from the Benin diva have fallen short. But this deserves plenty of praise. The connections between Africa and the blues and Africa and Cuba (as Kidjo does herself on one track here, with the tres and African guitar soloing off each other to great effect) have been dug into often. Yes, others have pointed out and illustrated the bonds between Latin and African music, but Kidjo remains high-profile enough that plenty of people might actually listen this time. 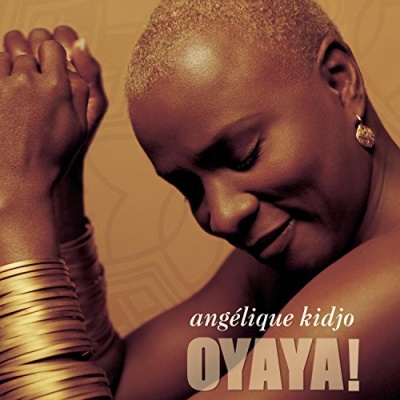