Angelique Kidjo's records have brought her plenty of acclaim, but they've tended to be very mixed -- some tracks exceptional, others remarkably ordinary. Black Ivory Soul, her exploration of the connection between her native Benin and the Bahian region in the north east of Brazil, might just be her most consistent and satisfying effort to date. She's toned down the R&B influence that peppered 1998's Oremi -- indeed, only the title cut is R&B, and that has a sweet Brazilian inflection -- and focuses instead on the job at hand. Working with talents like Carlinhos Brown and Vinicius Cantaria has obviously helped; "Tumba," for example, fairly crackles with crisp axé rhythms that drive the song along, while"Ominira" and "Afrika" makes the distance between the two continents seem very small indeed. Kidjo gets rootsier here than she has in a long time, as on her version of Gilberto Gil's "Refavela," which offers an unvarnished look -- lyrically and musically -- at the ghetto, or the more introspective "Okanbale," where the rippling kora lines falling like water through the song. Kidjo uses her trademark lush harmonies throughout the album, and she's in great voice, even content to play second fiddle to Dave Matthews on "Iwoya," where the status of the guest star (and the English language vocal) seem like a calculated move to push one of the disc's weakest tracks straight to AAA airplay. But, happily, that's the exception, not the rule; on the whole this record's heart is in art, not commerce, even tossing in a spare, loving cover of Serge Gainsbourg's "Ces Petits Riens" to close things out, although it's quite out of place on the record. This time around, Kidjo seems to have followed her muse, not the money, and the results are, virtually, everything she's always promised to do, but never quite achieved before. 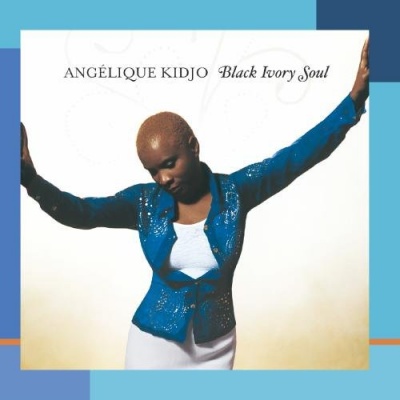