Never Too Much Review

The debut solo album from Luther Vandross featured one outstanding song after another. Vandross concocts a bouncy, vibrant flow on his up-tempo numbers and an intimate, emotional connection on his moderate grooves and his lone ballad. The title track stormed up the Billboard R&B charts to number one where it remained for two weeks. The mellow groove of "Don't You Know That," which checked in at number ten, was the second single. "Sugar and Spice" had less of an impact on the charts due to its short stay of six weeks. However, this feverish number gets all the juices flowing as does the unreleased "I've Been Working." Also featured on this set is the sentimental number "You Stopped Loving Me." The song was written by Vandross but initially released by Roberta Flack; both versions stand tall. "A House Is Not a Home" is the only ballad, and an elegant one it is, written by Burt Bacharach and Hal David and originally sung by Dionne Warwick nearly 20 years prior. Vandross orchestrates a contemporary masterpiece with this vintage number. Though it was never an official release by the label, it's a quiet storm jewel. In addition to his many music credits, Vandross was a featured guest vocalist with the progressive band Change. The same vocal savvy and smooth styling that the New York City native exhibited on songs like "Searching" and "Glow of Love" resurface here. This is one of the better R&B albums of the early '80s. 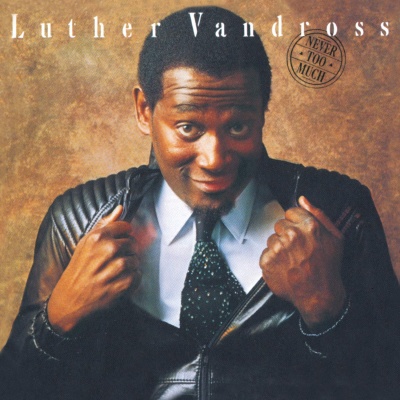 Never Too Much Album Information