Forever, For Always, For Love Review

New York City native Luther Vandross did not generate any number one hits with his second effort for the Epic imprint. Nonetheless, he presents another solid album. The smooth crooner has demonstrated a keen ability to attractively arrange remakes with such beauty and suspense as he did with three of the four featured releases. On the vintage ballad "If This World Were Mine," Vandross teams up with Cheryl Lynn. The single peaked at number four on the Billboard R&B charts. He lays his signature on a jammin' medley remake of "Bad Boy/Having a Party." The chandelier-swinging number stepped in at number three. He concludes with the Temptations' gem "Since I Lost My Baby." Penned by Smokey Robinson and Warren Moore, this mournful mid-tempo number tipped in at 17. "Promise Me," "Once You Know How," "She Loves Back," and the other selections are supreme compositions. Luther Vandross' dominance of the R&B arena was beginning to surface. 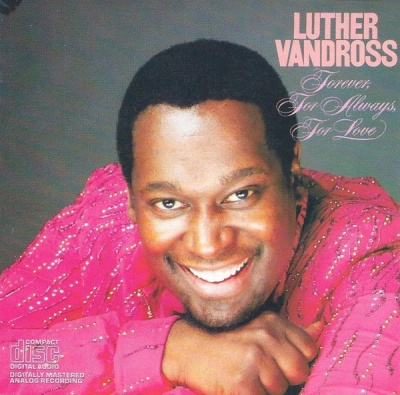