Working with Dire Straits guitarist Mark Knopfler had a rejuvinating influence on Chet Atkins. Knopfler has Atkins moving toward his country roots, but both guitarists still play with a tasteful, jazzy sensibility -- however, Atkins has abandoned the overt jazz fusion pretensions that sank most of his '80s records. With its direct, understated approach, Neck and Neck is the most focused and arguably the most rewarding record Atkins has released. 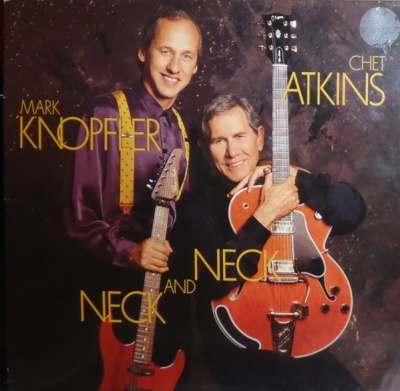