Morgan James Live from Dizzy's Club Coca-Cola features the up-and-coming Broadway vocalist performing a tribute to legendary jazz singer/pianist Nina Simone. Recorded in July of 2012 at Dizzy's Club Coca-Cola, which is part of Lincoln Center in New York City, the concert features James backed by a top-notch group of N.Y.C.-based musicians including drummer Clarence Penn, guitarist Doug Wamble, pianist David Cook, saxophonist Don Braden, and others. James is primarily known for her appearances in such Broadway musicals as the revival of Godspell and the original cast of Frank Wildhorn's Wonderland, among others. Here, James turns her crisp yet soulful Juilliard-trained chops toward Simone's sultry jazz and R&B-inflected material. Included are such songs as "I Put a Spell on You," "Don't Let Me Be Misunderstood," "My Baby Just Cares for Me," and more. 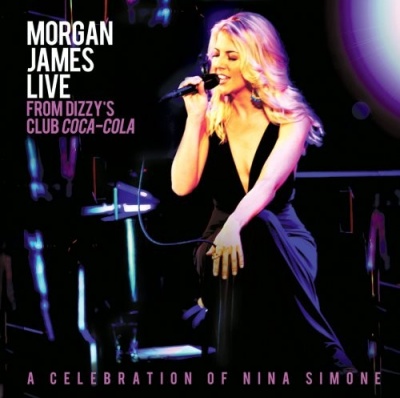