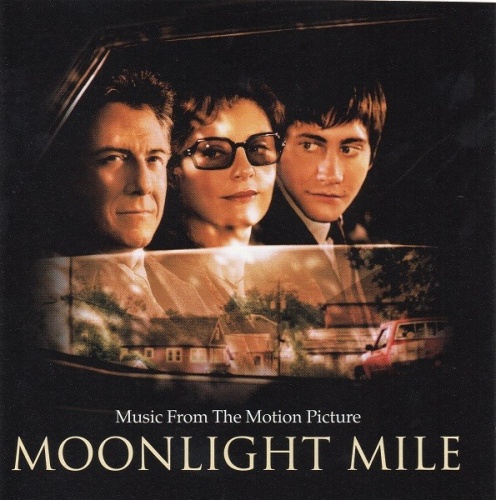 This stunning film from director Brad Silberling is a bittersweet story about a young man's struggle to maintain a relationship with his would-be in-laws in the wake of his fiancé's death. With a cast of veteran actors bringing unbelievable depth to the characters, Silberling wanted to ensure the songs included in the film not only enhanced the on screen intent, but also carried individual strength. He certainly succeeded. One of the most anticipated soundtracks of 2002, Moonlight Mile is stunning in breadth and scope. From the Rolling Stones' haunting title track, which defines the set, to the veritable who's who of 1970s rock & roll icons that follow, the set emerges with its own vibrant heartbeat. 1990s Brit rockers Travis were fingered to write a song specifically for the project, and the beautiful, acoustic-driven "Love Will Come Through" is their gift. Elsewhere, funkers Sly & the Family Stone regale you with two classics, "I Want to Take You Higher" and "I'm a Star," perfect companions for the raw iconography of T. Rex's "20th Century Boy." But, where "Silberling" did his homework and gave aficionados a thrill lies in some more interesting accompaniments -- a 1972 Ziggy outtake from David Bowie ("Sweet Head"), Elton John's similarly vintage "Razor Face," Van Morrison's "I'll Be Your Lover Too," and Bob Dylan's Blood on the Tracks standout "Bucket of Rain." All are songs that, in their original confines, were perhaps overshadowed by better-lauded companions. Moonlight Mile finally affords them the opportunity to shine in their own right. Not often does a soundtrack perform multiple functions so flawlessly. But with such care given to the compilation, how could it not?