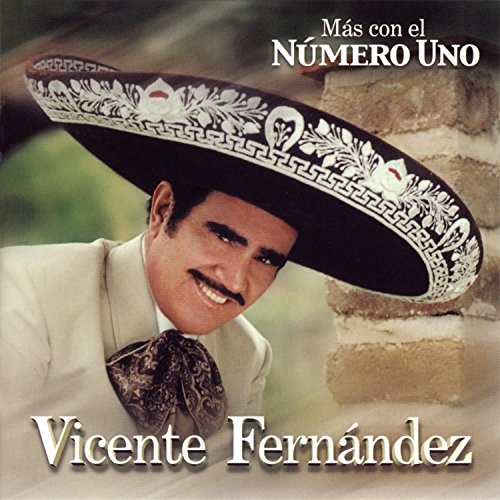 Vicente Fernández is indeed the number one, and any song he sings is almost guaranteed to be a hit. The icon of ranchera, he can do no wrong with an adoring public. That doesn't mean, however, that he's content to glide by on charm. Instead, he offers a slightly varied musical bag here. Of course, there are the big ballads with strings, like "El Señor del Tiempo" and "Los Grandes Amantes," but even those have a strong Mexican inflection. The biggest joy comes at the start of the album, which starts out in a very rootsy ranchera manner with "Para Que No Te Vayas," with guitar and accordion combining for some delicious music, as Fernández eases into the record, laying back, and only giving the listener a glimmer of his almost operatic pipes -- although later on in the disc his does let them roar more. This might not be his best record -- there's a sameness to some of the songs that doesn't do him justice -- but it's still impossible to fault his singing. He can go from the tender to the majestic, or let a note hang suspended, all seemingly without effort -- truly one of the world's great singers.