Sophisticated ranchera music from this father-and-son team of its foremost contemporary exponents, EN VIVIO JUNTOS collects a double-album's-worth of greatest hits performed live before an adoring home crowd on the pair's sellout 2003 tour. There's sentimentality, dark jealousy, and feverish passion, frequently in the same song, plus the undeniable true-life drama of a father and son sharing the same stage and singing songs that have made both famous.

As an introduction to a musical genre that runs deep in the Mexican psyche, EN VIVIO JUNTOS works just fine, with the orchestral accompaniment providing a sumptuous backdrop to the high drama that keeps bubbling to the surface on songs such as "Me Voy a Quitar de en Medio," and "Como Quien Pierde una Estrella." Think of it as the ranchera version of TRAVELOGUE, Joni Mitchell's string-accompanied tour through her back catalog, and you're getting close. 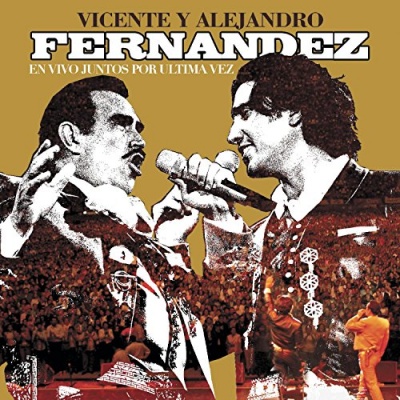