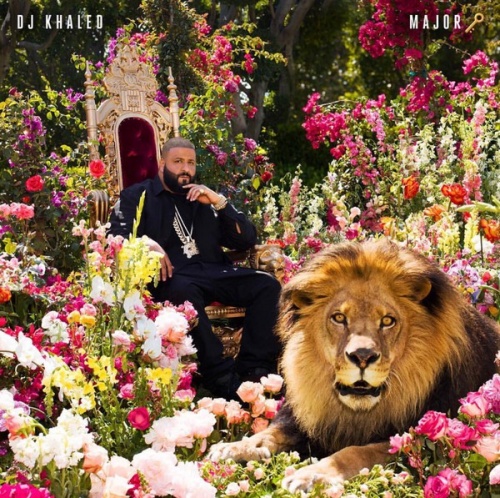 Once the I Changed a Lot campaign subsided, Khaled Khaled signed with major label Epic. The move reunited the DJ with L.A. Reid, who previously hired him at Def Jam to serve as president of that label's southern division. This was back in 2009. Since then, Khaled's Def Jam stint has become a footnote and his discography has doubled in size. The man's streak of albums that have reached the Top Three of Billboard's rap chart has remained unbroken. Each single has arrived as a kind of spectacle, greeted with a mix of delight and derision, and ultimately an undeniable level of commercial success. Major Key, an album titled after Khaled's term for his personal growth truisms -- "Don't ever play yourself," and so forth -- lengthened the run. Khaled's aptitude for cultivating otherwise unthinkable intra-track alliances while snagging high-level productions remains both in effect and a little mystifying. The album placed two cuts in the pop Top 40 before it was released: "For Free" glides with a glinting top-of-the-line beat from Nineteen85 and the Jordan half of Majid Jordan, while the unexceptional rattler "I Got the Keys," co-produced by Khaled, involves the mogul who declared Auto-Tune dead (Beyoncé's husband) and Future, who debuted a few years later, armed with Auto-Tune, on his way to becoming one of the aughts' most successful artists. The biggest coup of all, however, is in the rallying, righteous "Holy Key." Soul legend Betty Wright, who could probably run seminars on major keys, delivers a walloping chorus between Kendrick Lamar and Big Sean verses that concern police brutality and perseverance. J. Cole and Nas each get a track of their own and shine, while up to six voices are heard on crowded numbers that involve the likes of Travi$ Scott, Busta Rhymes, and Meghan Trainor. A few tracks are closer to formalities. "Do You Mind," the designated R&B ballad diversion, reheats "Hold You Down" with the same four vocalists and adds Rick Ross and Nicki Minaj to little effect. There's also a tacked-on cut by Mavado, just enough to preserve Khaled's dancehall link. The contrast between Khaled's all-positive demeanor and his facilitation of buccaneering misogyny is stark as ever here, most evident in tracks like "Work It" and "Pick These Hoes Apart."