As the promotional campaign for Grateful wound down, DJ Khaled's unceasing media blitz continued briskly through 2017 and into 2018 with his role in Pitch Perfect 3 and a tour with Demi Lovato, with whom he also recorded "I Believe" for Disney's A Wrinkle in Time. The week before that song was released, the long build-up for Father of Asahd began with "Top Off," collaboration-wise a sort of sequel to the likewise extravagant "I Got the Keys" and "Shining," with Beyoncé, Jay-Z, and Future all similarly triumphant. A few months later came "No Brainer," an almost complete reunion of the squad responsible for "I'm the One," Khaled's first number one pop hit. Beside Justin Bieber, Chance the Rapper, and Quavo -- the last of whom took the title literally by boasting that he "blow the brains outta yo mind" -- Khaled again hit the Top Ten of the Hot 100. Whether Khaled was tweaking an algorithm that suggests optimal combinations of familiar and upcoming talent for his sessions, awaiting sample clearance, or delaying the release in respectful response to the tragic death of the revered Nipsey Hussle, Father of Asahd didn't arrive until the following May. Although instant, maximum commercial impact is no doubt the primary objective, the album does come across as more considered than the average Khaled LP. Linked, survival-themed songs featuring the recently freed Buju Banton (who connected with Khaled back in 2001 on Fat Joe's "King of N.Y."), start and finish it. The brashest moments, including a riotous meeting with Cardi B, 21 Savage, and co-producer Tay Keith, a showcase for an effusive Big Sean, and "Top Off" and "No Brainer," are front- and back-loaded. In the middle and spreading outward are cuts that are emotionally mixed. These include a purely R&B number with SZA, a cinematically resolute teaming with Meek Mill and Lil Baby, and a wistful reminiscence with Travis Scott and Post Malone. Above all is an appearance from Nipsey, who proudly reflects upon his parents, partner, and children, concluding with "Startin' to see this life shit from a bird's view." Khaled, credited as co-writer and co-producer of every track, sounds no less enthused here as a hype man, even when he proclaims, "Special cloth alert!" on his umpteenth track with Jeezy, Rick Ross, and longtime production associates Cool & Dre. 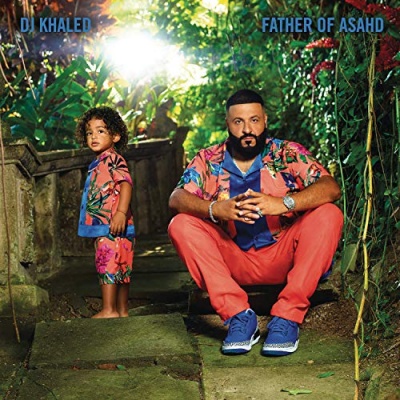