Like many contemporary recordings of Gustav Mahler's Symphony No. 1 in D major, "Titan," this hybrid SACD from RCA includes a performance of the full symphony with the discarded movement "Blumine." It has become fashionable for conductors to insert this brief pastoral piece as a quiet interlude between the first and second movements, even though such a placement breaks momentum, undermines the symphony's structure, and ultimately goes against the wishes of the composer. Fortunately, David Zinman has taken a less invasive approach by including "Blumine" as an appendix, so listeners can still have the symphony as it is conventionally performed or program it as described above. Beyond that matter, this performance with the Zurich Tonhalle Orchestra is rather uncontroversial in approach, and the ensemble delivers the score with accuracy, follows accepted tempos, and meets expectations in the vivid characterization of the movements. Occasionally, odd details pop out that remind one that this is a multichannel recording with DSD sound that captures almost everything, but Zinman hasn't turned this performance into a sonic spectacular, per se. If anything, the emphasis is placed on musicality instead of on showing off the orchestra's chops, and there is very little exaggeration for the sake of dazzling audiophiles. While this may not be the greatest recording of the Symphony No. 1 ever made, it certainly is a respectable rendition, and the exceptional sound quality certainly makes it an attractive package. 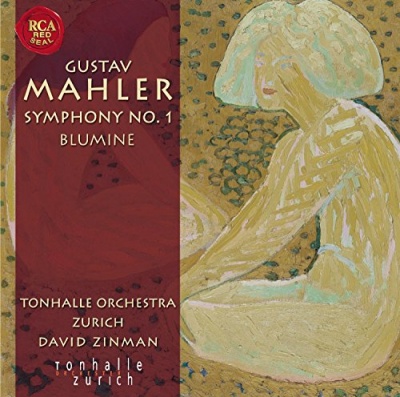