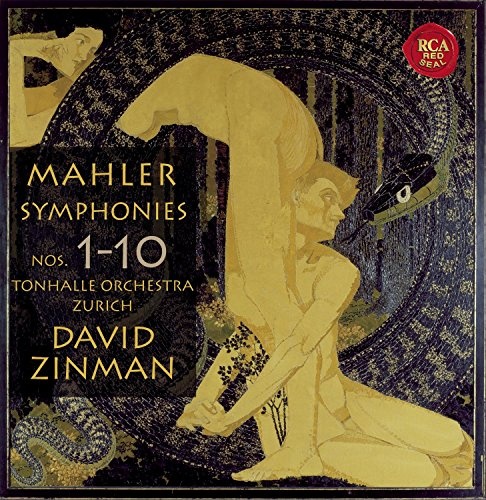 Among the growing number of multichannel super audio recordings of Gustav Mahler's symphonies, the critically praised cycle by David Zinman and the Tonhalle Orchestra Zurich is regarded as one of the finest. Recorded between 2006 and 2010 and released as separate SACDs, these compelling performances have at last been brought together in a sturdy box set, complete with a thick, informative booklet, and with the discs packaged in cardboard sleeves that feature the original releases' artwork. The music is lucidly conducted, played with technical brilliance and expressive richness, and expertly mastered with sumptuous sound. Zinman's only questionable decision was the selection of Clinton A. Carpenter's version of the Symphony No. 10, which is generally regarded as an eccentric completion of this unfinished symphony. For such an impressive set, which most likely will be respected as a classic for years to come, the time-tested completion by Deryck Cooke might have been a surer pick; yet if there is any recording of Carpenter's version worth hearing, Zinman's is it. The artistry, energy, and enthusiasm the conductor and his musicians put into this massive project are apparent from beginning to end, and the care RCA has lavished on this deluxe package makes it highly attractive to new listeners, audiophiles, and experienced Mahler fans.