Loving You, Losing You: The Classic Balladry of Phyllis Hyman Review

Hyman was a singer of tremendous gift and skill. Since her suicide in 1995, she has been the recipient of many compilations, but few seem to capture her essence. Unfortunately, Loving You, Losing You: The Classic Balladry of Phyllis Hyman also misses the mark, ignoring a huge portion of her work and only covering the years 1977 to 1981. That's fine if you think she was washed up by the time of the first Reagan administration, but of course, she wasn't. But of course this being Phyliis Hyman, some great songs are included here. "The Answer Is You," "Gonna Make Changes," and "I Don't Want to Lose You" are still quiet storm staples. Like most compilations, this also has to offer some things not found on other sets. The haunting "Sounds Like a Love Song," her previously unreleased version of a song originally done by the Whispers in 1976, is technically raw, but worth hearing. A few songs show up in alternate takes, though "Be Careful (How You Treat My Love)" in particular can't compete with the perfection of the original. Like many other compilations, the omissions are glaring. 1979's "Some Way" isn't here. Other absent songs include her phenomenal work with McCoy Tyner on the tracks "Love Surrounds Us Everywhere" and "In Search of My Heart" from his 1982 set Looking Out. Since this compilation covers Hyman's balladry, "Loving You, Losing You" shouldn't be here. Not only is it a dance track, Engelbert Humperdinck did a better job with it. The Classic Balladry of Phyllis Hyman is a good way to get acquainted with the artist, but fans may not be so moved. 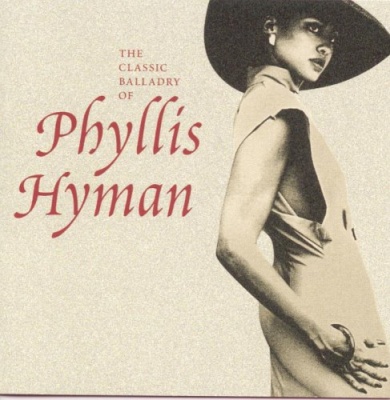 Loving You, Losing You: The Classic Balladry of Phyllis Hyman Album Information